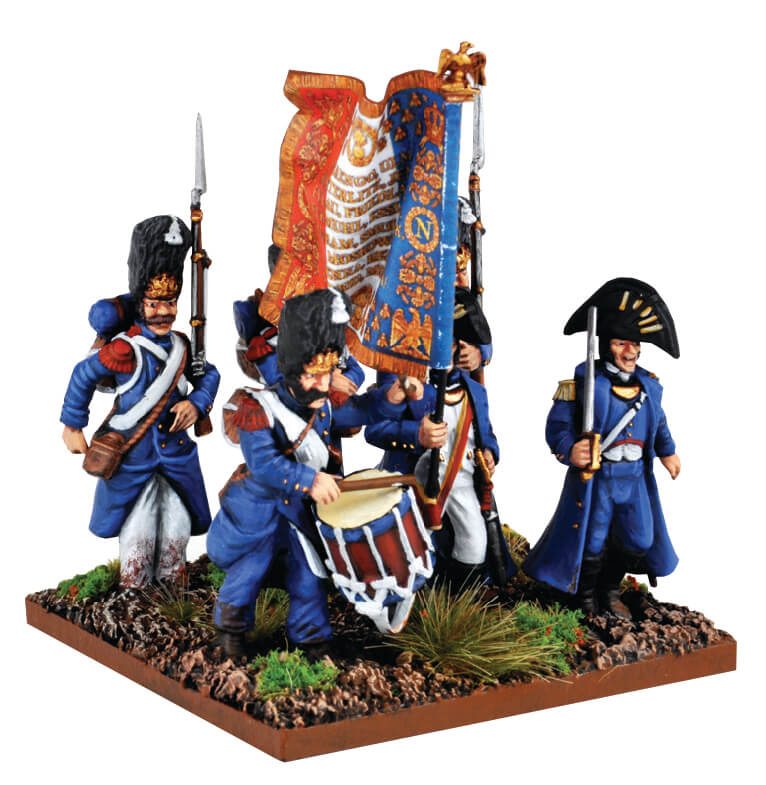 In WI342 we featured a photograph of some figures that had previous made an appearance in a painting guide in WI272 by master brushman Dave Taylor.

In case you missed that issue of the magazine, here’s how to paint the Old Guard.

The figures below are from Victrix Limited’s (www.victrixltd.com) new Napoleon’s Old Guard boxed set, that contains 60 great plastic models! All paints are Vallejo Game Color (www.acrylicosvallejo.com), unless otherwise noted, and all basing material is from Gale Force 9 (www.gf9.com).

• The greatcoats and trousers were given a basecoat of Imperial Blue (72020).

• The faces were then tidied up with some Black (72051), the moustaches were painted with greys and browns, and finally the eyes were painted.

• The backpacks, muskets, and canteens were given a basecoat of Beasty Brown (72043).

• The backpacks, muskets, and canteens were then given a thinned wash of Smokey Ink (72034).

• All of the white leather straps (including the backpack trim), the tassles, and the trousers of two of the Grenadiers were given a basecoat of Stonewall Grey (72049).

• All of these elements were then given two thin highlights of Dead White (72001).

• The brass shako plates, buttons and musket fittings were given a basecoat of Hammered Copper (72059), then highlighted with Glorious Gold (72056).

• The red epaulettes and saber tassles were basecoated with Scarlett Red (72012), then highlighted with Bloody Red (720190).

A fully painted command stand ready to fight on a tabletop battlefield.