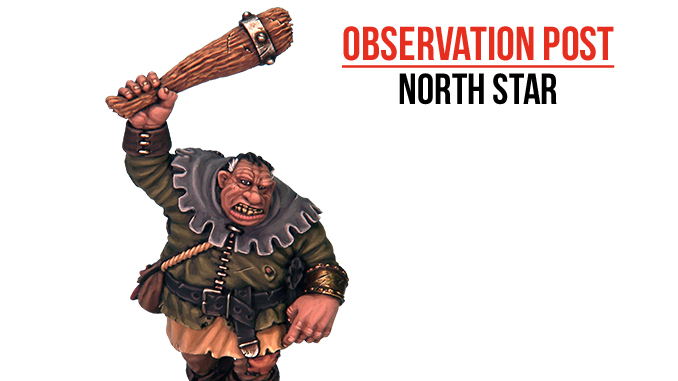 Rangers of Shadow Deep is a solo and co-operative tabletop miniatures game in which players create their ranger, gather companions and play through a series of missions along the way.

The Shadow Deep employs all kinds of creatures in its armies, including ogres. Big, slow-witted, and prone to violence, ogres are often employed as shock troops, guards, or in other capacities where great strength is required. This miniature was designed to do double-duty. Not only can it represent one of the many ogres serving the dark empire, but it was also created to potentially represent one particular ogre.

In the Rangers of Shadow Deep supplement, Incinerator, the rangers have to escape from a unique prison. During their escape, they might just stumble across another prisoner, an Ogre named Gorbin. While Gorbin is not immediately friendly to the rangers, and could potentially squash them flat, there is a chance that Gorbin can be persuaded to turn against his former masters and throw-in his lot with the rangers. If he can be convinced, and the rangers manage to escape, Gorbin might just become a loyal companion.

Whilst 28mm scale this figure stands an impressive 60mm high. It is a single piece resin casting, smooth and light, making it a joy to paint.