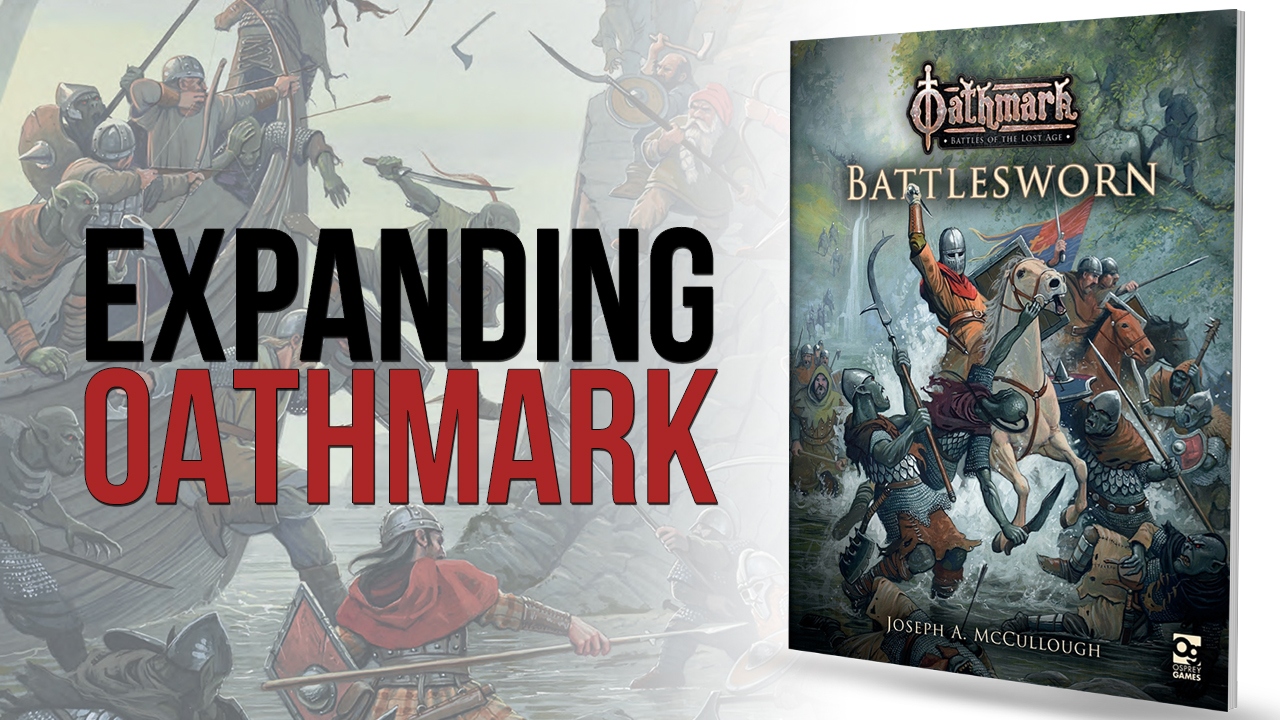 Oathmark itself is still a very new game, only released in April 2020. It is a traditional fantasy setting featuring armies of men, dwarves, elves and goblins. Howerver Oathmark stand out from similar  fantasy games because a player’s kingdom can ally itself with any other army, so Elves can just as easily side with Goblins, as with Dwarves, Orcs or men. That feature of the game is clear in Battlesworn, the first supplement for Oathmark.

Battlesworn is an eighty page softback book. It’s lavishly illustrated throughout, with full colour artwork and photos of the official plastic and metal figures – produced in collaboration with North Star – in action on the tabletop.