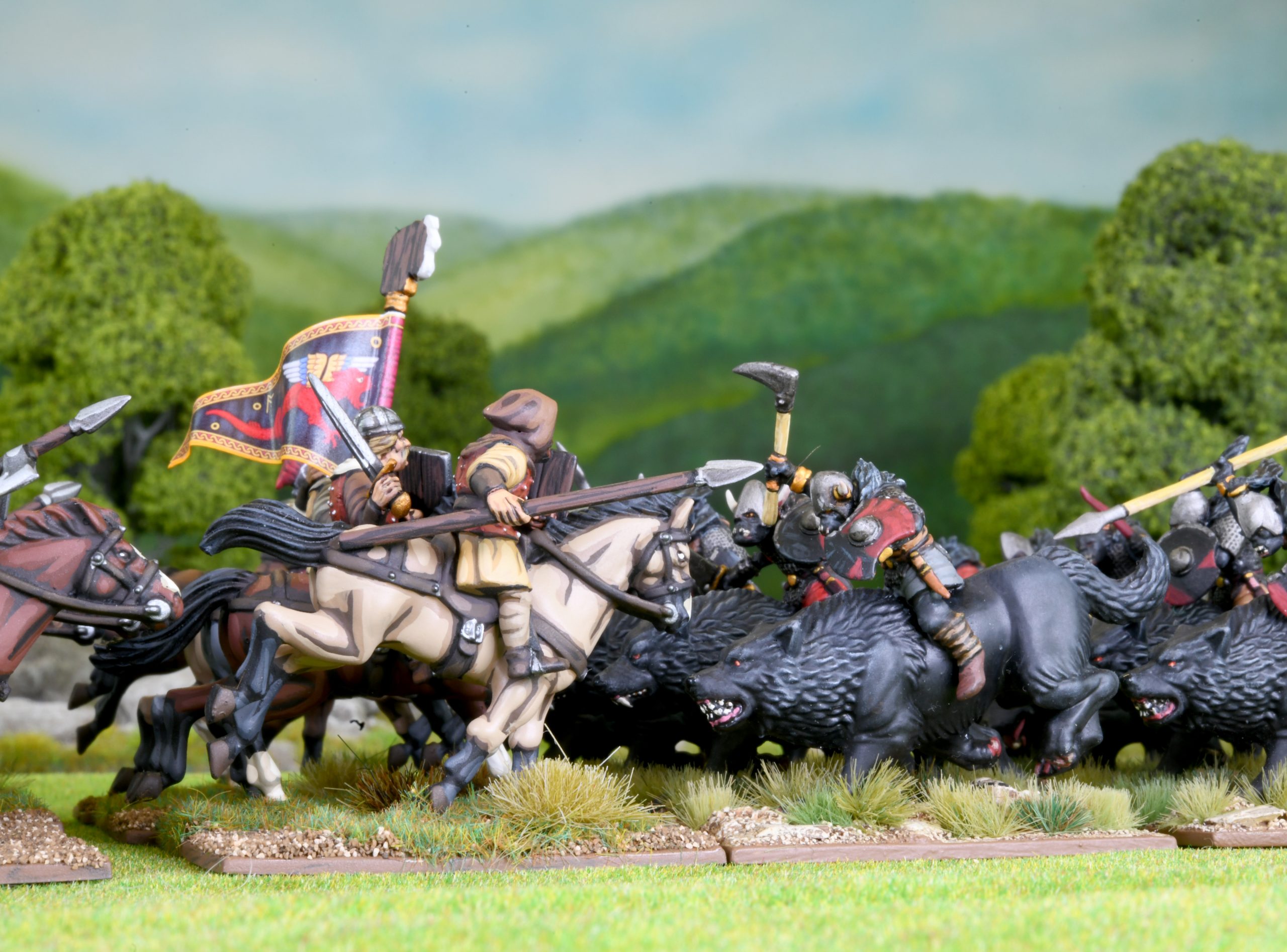 North Star continue their support for ranked fantasy game Oathmark with the release of this human cavalry box set. Produced in their always high-quality injection plastic at 28mm scale, this is a generous set of 15 multi-part Human Cavalry figures and includes a glorious range of weapon and command options.

Two alternate frames are included in the box and we’ll look at the horses, which come on five frames of three models, later. First, let’s focus on the riders, who come on three frames of five models.

Anyone familiar with previous Oathmark sets will know that there’s a bit of a formula to the layout. A basic number of bodies are reinforced with every possible weapon combination available, and command options garnish a frame corner too. Oh, and there are usually more heads than you could ever need!

We are pleased to report that nothing’s changed here. The riders’ torsos and legs are all fairly similar, coming in two parts and allowing you to pivot them at the waist. They wear quite basic leather and canvas gear, with a few studded jerkins in the mix, and are designed to work as Human Cavalry or Mounted Rangers, depending on the other options attach.

You can use the aforementioned wide variety of heads to initiate your chosen differentiation. Hooded ranger types feature alongside ones topped with simple spangenhelms. There are also some bare heads and a mix of other options, including a full helm for your command. In total there are 16 heads to each frame, more than three times the amount required, so why not mount some spares on cocktail sticks and make gruesome heads on spikes terrain?

Each frame contains all of the weapon options a general could wish for. There are bows with arrows at different stages of nocking and loosing as well as accompanying quivers. Should melee be your preference there are hand weapons, spears, and arms that can have squared off shields attached. There are also some dinky blades and pouches to fix on the model’s belts, should you so wish. On the command part of the frame is a sword, banner, and double headed axe.

While this array of weapons offers great gaming versatility it does, perhaps, play some part in the final models having a slightly indistinct look. The figures almost have a ‘blank canvas’ design aesthetic, for you to apply your own distinguishing detail onto, but there’s little on the frame to aid you in achieving that. A few iconographic elements could have been a nice extra.

The riders in formation preparing to charge …

… The cavalry charging into the fray …

… And a skirmish ensues.

Riders are nothing without mounts, of course, and these two-part horses have a real sense of movement. This adds a lot of dynamism to a ranked-up unit but there is something that feels very slightly off about the anatomy of the beasts. We can’t quite place it, but they look slightly cartoony. That isn’t without its charm, of course, and might even endear them to some collectors.

Minor horse misgivings aside, if you play Oathmark and have a human army you’re going to be very happy to put these on the table!