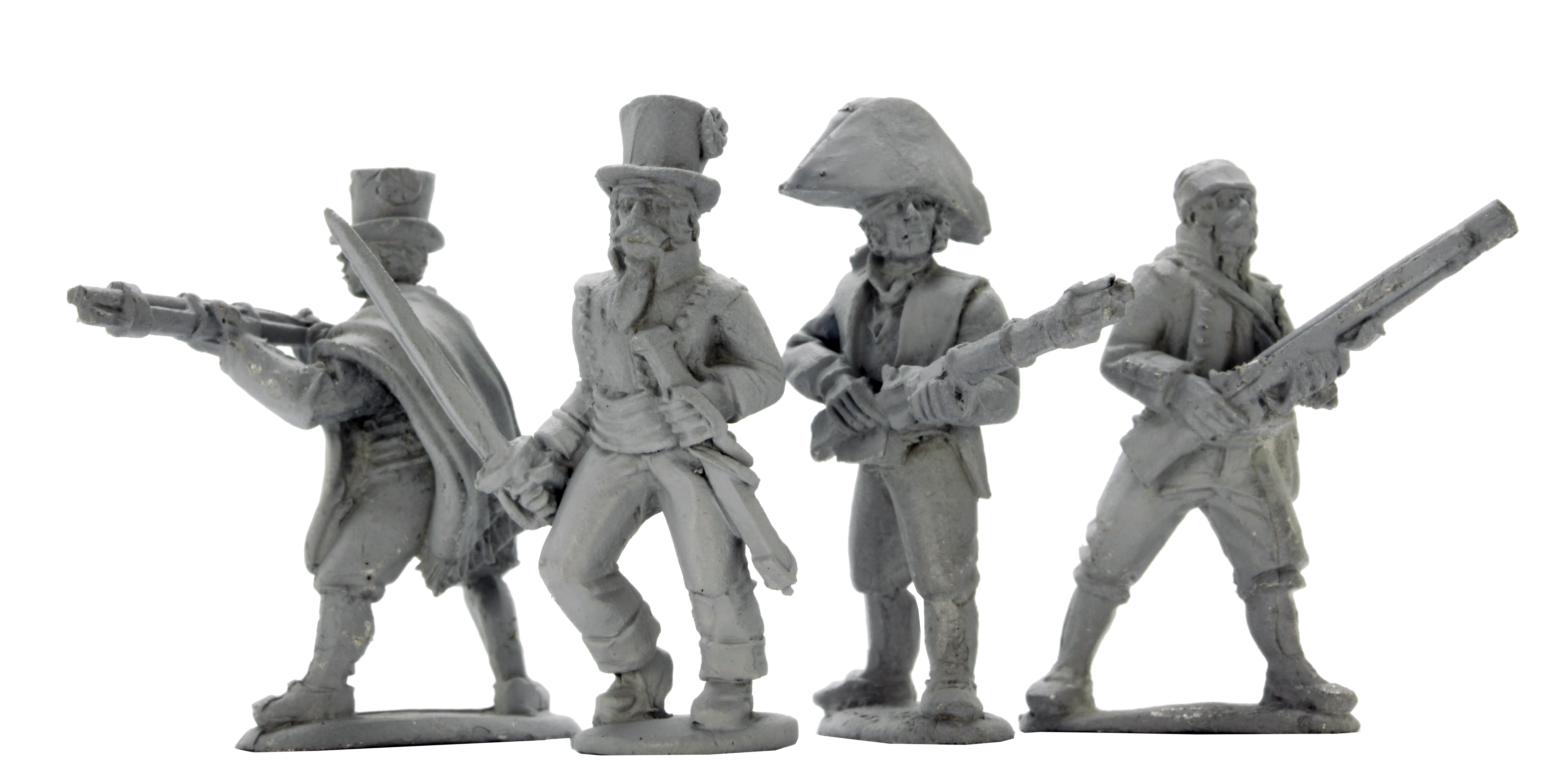 Hot on the heels of the release of Shakos and Bayonets, the Napoleonic Wars supplement for Musket and Tomahawks (M&T), comes the first release of the official figures for the game.

Studio Tomahawk has teamed up with North Star to produce all of the official M&T figures, and the Shakos and Bayonets (S&B) releases will follow a similar pattern to what has come before for Redcoats and Tomahawks (the French and Indian War Supplement) i.e. unit packs of either six figures for £9 ($12.50 US), or eight figures for £12 ($16.50 US), plus individual character figures for £2.50 ($3.50 US).

These first releases for S&B are Spanish:

The assembled miniatures on the cutting mat:

They’ll provide you with the building blocks of your Spanish Shakos and Bayonets force and the style of the figures/packs is in keeping with North Star’s standard unit packs for other games. This means that the figures are based on three or four designs, with one conversion of each figure. This approach leads to a less individual and dynamic style to each pack but conversely gives the pack a standard ‘rank and file’ look. It also keeps the price down – the figures come in at a very affordable at £1.50 each ($2 US) per pack for the units.

They’re a chunky design style, putting them at odds with the slighter Perry Miniatures Napoleonic Spanish, but this is a different look and design aesthetic as opposed to a bad one. There are some gamers who will find this style very appealing and it certainly makes the models look distinct. The figures paint up really well too, as expertly demonstrated by North Star Brushman Kev Dallimore in the photo below.