Napoleon Victorious: An Alternative History of the Battle of Waterloo 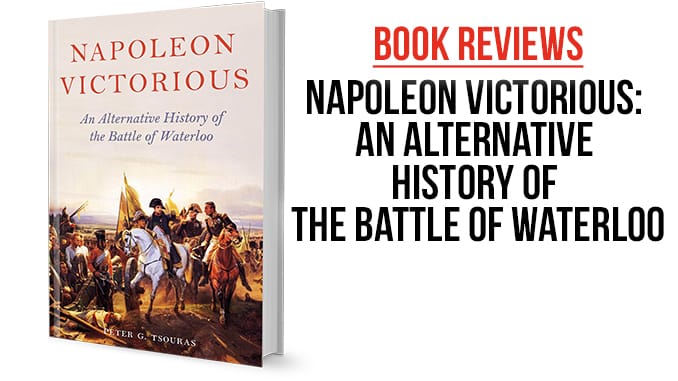 This alternative history of the Battle of Waterloo posits that a few changes in the events leading up to and during the day of the battle would have granted victory to the French Emperor.

Starting with Napoleon’s return from exile in Elba, the book details the rebuilding of the French army and the preparations of the Coalition to be ready to face them. Then on the day of the battle an hour by hour break down of the events of the day. The book contains black and white images of paintings and a set of 14 very clear, useful maps, right down to a map of Hougoumont that a wargamer would find useful.

As we know, history is often written by the victors and one might suppose that the author is putting himself in the shoes of a historian of the alternate world where Napoleon was successful. He does however admit in his introduction to be an admirer of the Emperor and this opinion does seem to steer the narrative. Apart from Wellington and the 95th Rifles, the Coalition come across as disorganised and inexperienced. The French, on the other hand, are written as heroic and honourable.

It would have been useful to have some endnotes on what the specific changes the author has made to history, to make comparison with fact easier. The reader is assumed to be knowledgeable on the subject and to be able to spot the adjustments. An interesting read and definitely inspiration for some tabletop skirmishes, after all wargaming is all about alternate history.