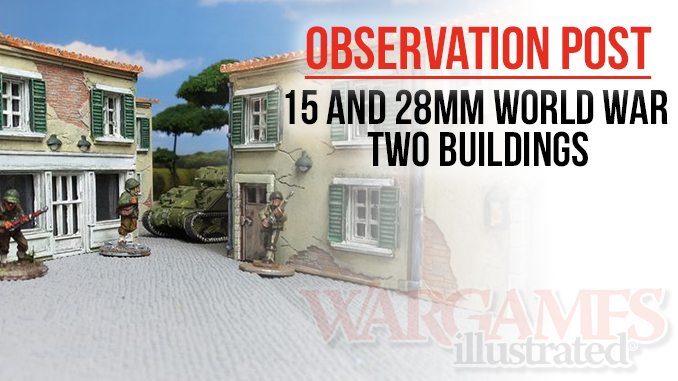 Another German company we caught up with at Tactica last week was Najewitz Modellbau, who had brought their 3D printer along to the show to demo how they create their models.

They showed us some of the latest buildings in their WW2 range; 28mm Italian and 15mm Normandy.

Najewitz’s buildings are created initially using a 3D printer and then cast in Resin.

Below you can see us putting together (very roughly!) one of the Italian buildings, along with some footage from Tactica and above a few photos from this and the 15mm Normandy range.