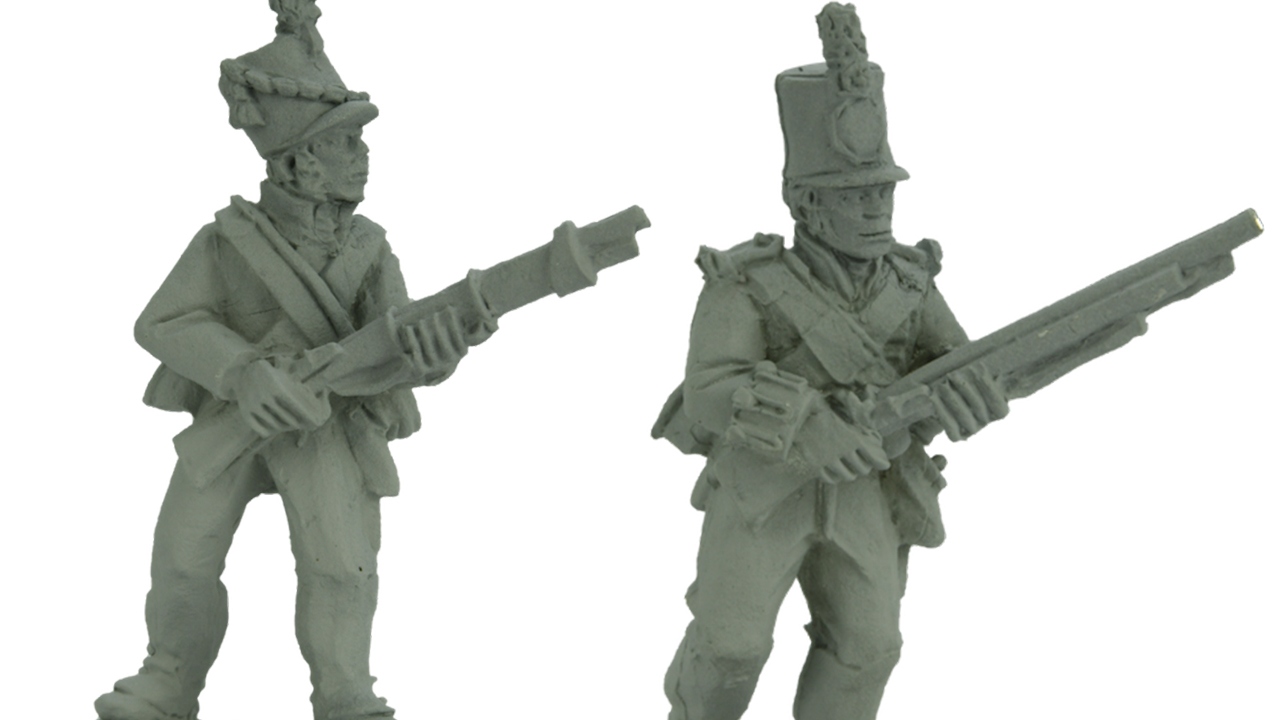 North Star are expanding their official range for Muskets and Tomahawks beyond the French Indian War and into the later War of 1812.

First out of the mould is a pack of American Regular Infantry. These miniatures are cast with light equipment, wearing the stovepipe style shako, with the hackle and braid on the front. Some American regiments wore the Belgic style shako, with the hackle on the side, so you will need to make sure these are right for the regiment you want to represent.

Their short jackets are plain; all of the miniatures are cast with the trouser style leggings which button over the shoe. These regulars are posed advancing with their muskets and without bayonets fixed. In the pack of eight sent to us there were four different poses and a variety of heads, which is what you are looking for when collecting a skirmish force for games like M&T.

Sent to oppose them are the second pack in this new range, British Regular Infantry. Again, these troops wear the stovepipe shako with the plume, or hackle, on the front. Their short jackets are more ornate than their colonial cousins, with epaulettes, braid and cuffs all neatly represented and clearly visible on the sculpt. They wear trousers and shoes rather than gaiters and are lightly equipped with just their cross belt carrying canteen, knapsack and cartridge box. The miniatures are all in an advancing pose, with their muskets levelled and without bayonet. Once again there is a good mix of poses and heads within the pack.

Overall, these miniatures represent a solid start into this interesting and often neglected period. We look forward to the command packs and light infantry next!