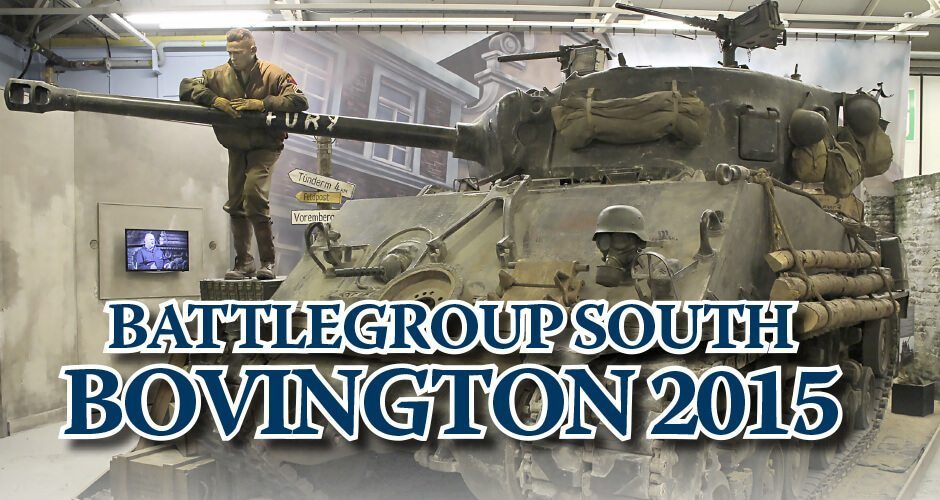 We have way more photos than we could fit in the magazine so are posting them here. You can read the full show report by Paul Davies in WI335, September.

With two significant anniversaries to choose from this year, on Sunday, the Last Chance wargamers decided to pack away their WW2 game, and take us back 600 years to the battle of Agincourt recreated in 15mm.

Simple Miniatures presented a striking Batman game using figures from the Knight Models range and some terrain by Urban Construct and 4Ground. Dominating the game was the model of Arkham Asylum built by Knight Models themselves. Unfortunately its not currently available retail, although I imagine that there would be a ready market for it.

Laurie, Steve, Brian and Chris created an 28mm game, featuring some typically excellent buildings from 4Ground and Sarissa, based around the ‘The Horse Soldiers’, one of John Wayne’s finest movies.

Deal Wargames Group invariably find some interesting ideas for games. This 20mm game dealt with what was arguably the largest ‘blitzkrieg’ in history when the Soviet Union invaded the Kurie Island of Shumshu in August 1945. Infantry, vehicles and aircraft were from a variety of suppliers including Esci, Revell, Airfix, Matchbox, Kelly’s Heroes, Frog, SHQ, EWM, Sgt’s Mess and Plastic Soldier Company, Mania and Aoshima, Stonewall Figures, Frontline Wargaming, Hasegawa, Milicast, SHQ, EWM plus scratchbuilds. The Soviet boats were by Faller, Friend or Foe, Britannia and Red Star.

Rules for the Common Man (RFCM) have been creating popular rulesets covering numerous historical periods for many years. Their game this weekend was a late WW2 game utilising models from different manufacturers and of course figures from Peter Pig.

Warwick Kinrade presented his 20mm WW2 game on behalf of Ironfist Publishing, as a preview for their Battleground supplement for desert warfare. AFV’s and vehicles were a mix of Skytrex and JB Models, with infantry mostly from Britannia, and Matchbox.