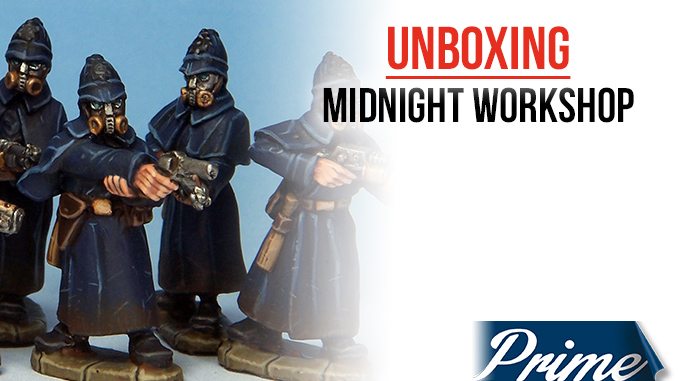 Can you imagine a Wellsian Steampunk world where the failure of the Martian invasion leaves shattered nations and a scramble for Martian colonies that makes the one for Africa seem like child’s play?

Well, that’s the setting behind this ever-growing range from ace sculptor Mike Owen, released through North Star Miniatures under the Artizan Designs label and available in the USA from Brigade Games.

The latest offerings are two boxed sets of VSF / Steampunk themed miniatures representing the ‘Whitechapel Specials’ and the ‘Crew of the Hesperus’.

The Whitechapel Specials are police officers who operate in that notorious region of London, now even more disreputable following the devastation of the city in the Martian assault and the decision to build anew upon what was left.

The set consists of 10 figures, representing 3 detectives, 2 sergeants and 5 constables.

Moving on to the Crew of the HMS Hesperus, these represent officers and men from the Imperial Space Fleet who plough the spaceways between Earth and Mars.

All the figures are wearing suitable Royal Navy uniforms and are armed with either pistols, cutlasses or Electric Rifles.

As you can see from these spin-arounds of unpainted miniatures, all the figures have a wealth of detail but are relatively simple to paint. They have some excellent characterization, with even the figures in gasmasks in ‘action’ poses that would look good on the tabletop.

Why not visit the North Star Miniatures or Brigade Games websites and check out these and other figures in the range or ask about future plans? Between these releases and the In Her Majesty’s Name range, you may find plenty of VSF/ Steampunk goodies to add to your forces.