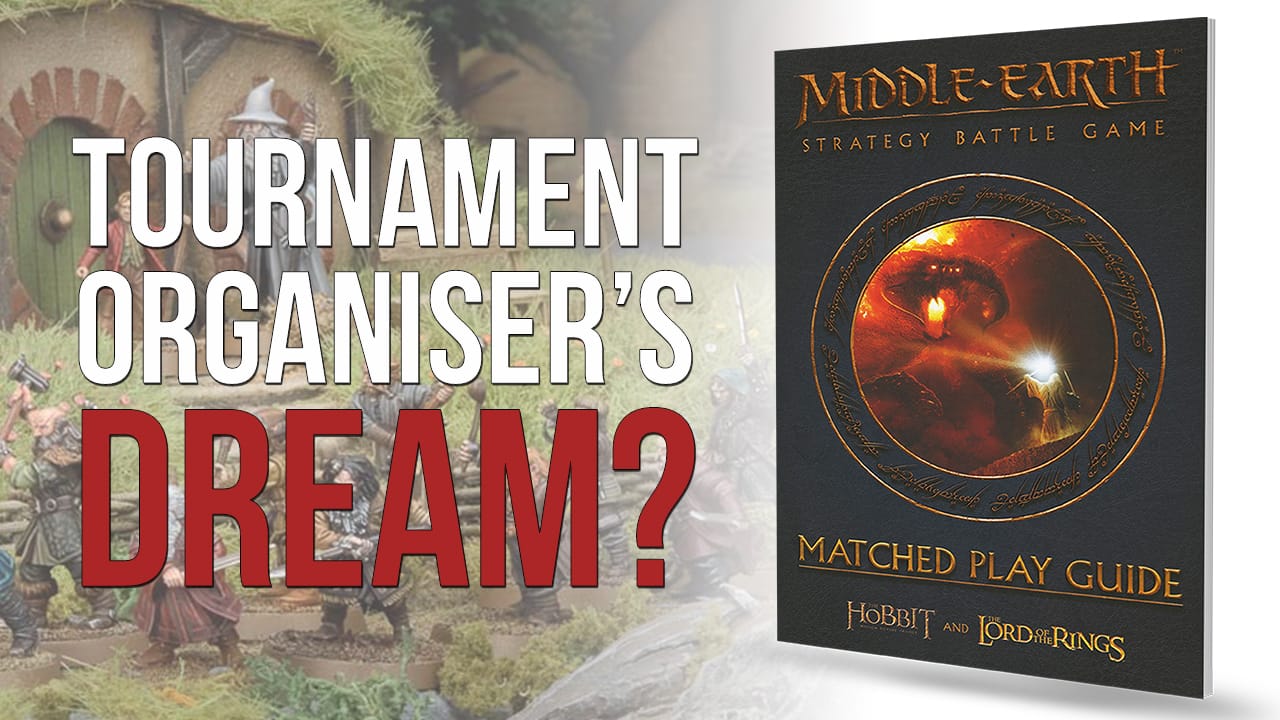 We all know Games Workshop, they are the powerhouse behind their slice of this hobby of ours, but also offer some products that are useful for those who game in other arenas.  Recently, GW released a 41-page softback Middle Earth Strategy Battle Game: Matched Play Guide which is great for those players who enjoy their Lord of the Rings gaming but also worth picking up for anyone who has ever wanted to organise a tournament or campaign.

The simple layout of the rules and scenarios featured belies the level of potential detail that may be accessed. A full guide to creating tournaments, a ‘pool’ of players and some really nice scenarios are an integral part of this first section. There are 18 fully explained scenarios here, ranging from the simple to the more complex, and covering various sizes of forces drawn from the excellent Middle Earth range of miniatures from Games Workshop. However, each scenario could also be used for other fantasy games, or even historical gaming with perhaps occasional tweaks.

The next section contains rules for running Doubles ‘team’ tournaments, again very well explained and with a further 6 scenarios specially designed for this type of play. Once again, the simple looking approach offers the same wealth of detail, making these exceptionally useful.

The final section details how to run a campaign, whether it takes place over the course of a day, weekend or longer. Again, it’s all there for you, themed around Middle Earth but easily adapted to other genres. A cracking map of Middle Earth is included, before this final section offers some extra rules, ideas on different campaigning styles and some photocopiable cards to be used during play.

As a recent convert to the idea of gaming in Middle Earth, this is a great resource which offers ready built scenarios to get me playing straight away. However, as a wargamer in general, I am impressed by the overall concept and can see the potential for using the contents for a whole variety of gaming. IF you want to run a tournament for the first time, are looking for ‘official’ rules to do the same or, like me, love a linked battle campaign or campaign play in general, this is well worth picking up.