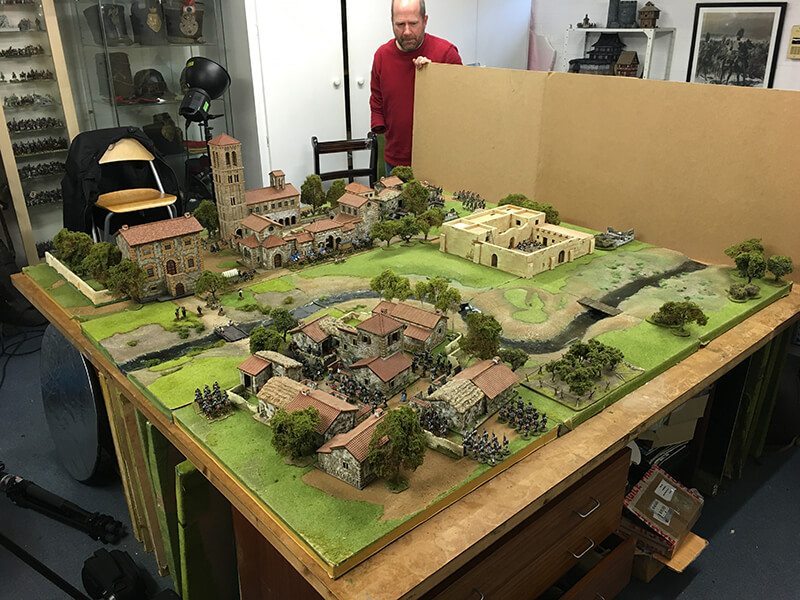 Here’s a few pics from today’s photo session, in which Alan Perry hosted and opposed his brother Michael in a game of ‘Eagle Rampant’, a Napoleonic variant of Osprey’s Lion Rampant rules, which will be published in the April issue of WI.

Taking a set of rules that were originally designed for medieval skirmish and then converted them for the Napoleonic period was always going to be interesting, and so it proved. Ultimately it was a fun game and provided a lot of food for thought with regard to how the basic conversions rules (printed in the April issue of WI) could be tweaked and further fine-tuned.

Read more about our game, see loads more photos and get your Lion Rampant Napoleonic conversion rules in WI342, the April issue of Wargames Illustrated, on sale at the end of March.