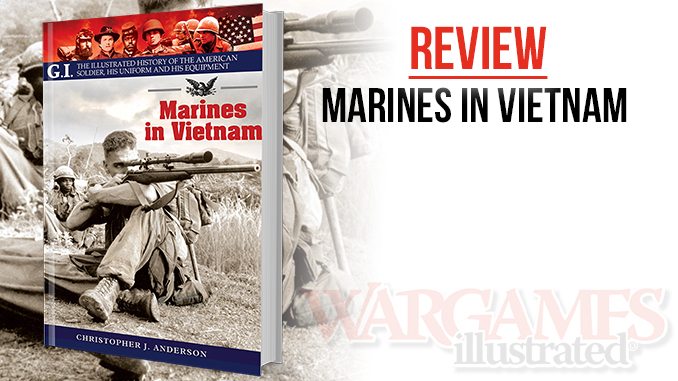 Marines in Vietnam is another reprint in the G.I. series from Pen & Sword books, this time published by Greenhill books in 2002. After an entertaining and informative introduction to the U.S. Marines involvement in the Vietnam War, the book gets down to business with a catalogue of excellent photographs, some of which are in colour. Many action shots are featured, illustrating the vast range of equipment at the Marine Corps’ disposal, from artillery to tanks, helicopters to fighter plans. But it is the photographs of the marines slogging through the ‘boonies’ that emphasize their basic function as hard, fighting men. Christopher Anderson’s remit is to discuss the Marine uniform and its adaptations in the heat and stress of Vietnam, and he does an excellent job of that. Marines in Vietnam is recommended for any wargamer or modeller collecting or designing a U.S. Marine force for Vietnam.