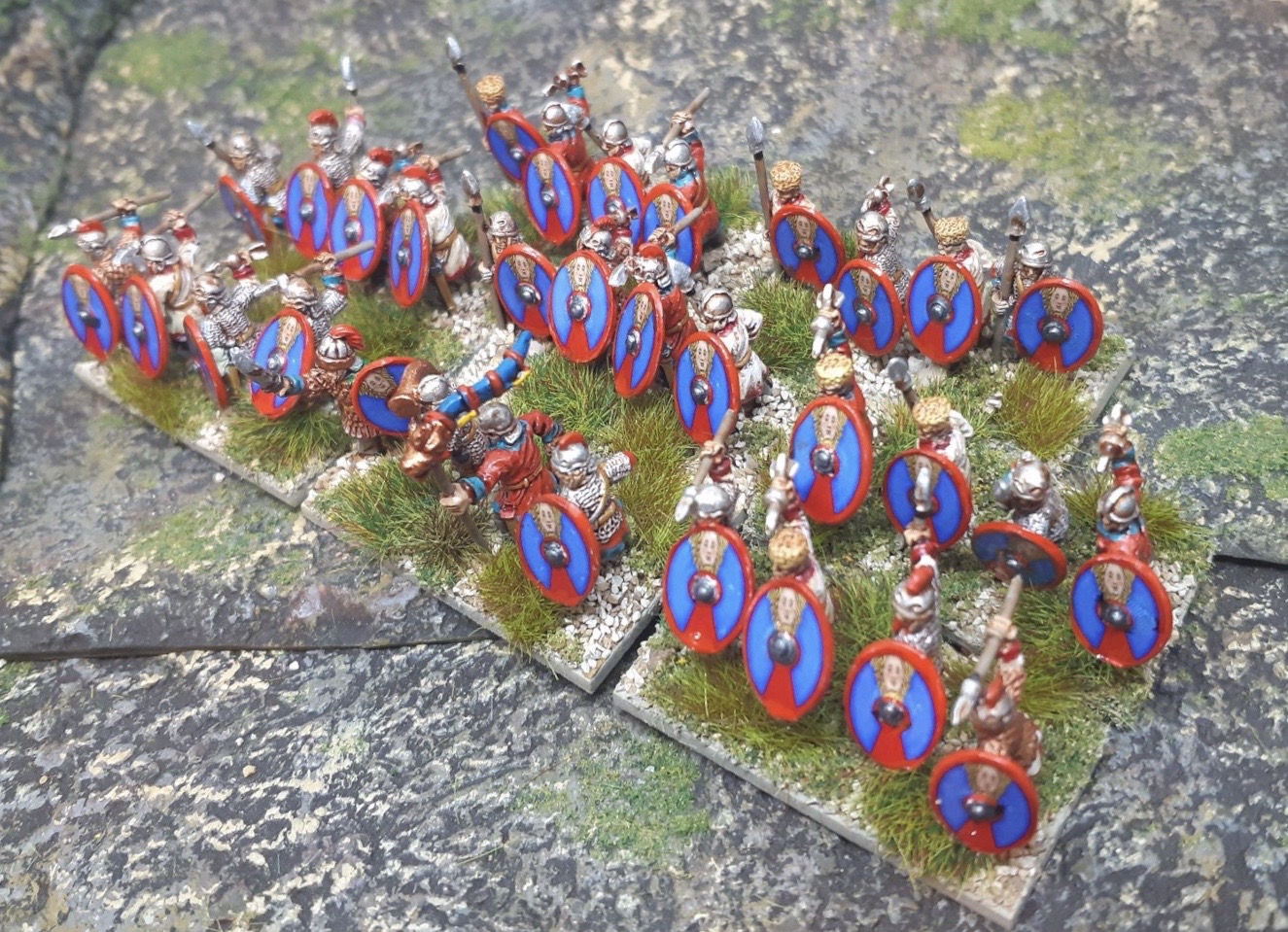 Lurkio Figures are a new-ish 15mm manufacture fronted by the author of popular ancients rules; Mortem et Gloriam (MeG). Unsurprisingly Lurkio produce a range of figures for the ancient period, although they do also have Nine Years War and Victorian Sci-fi miniatures in their catalogue.

Recently released and received for review are a pack of ‘Late Roman Auxilia or Legion’ and an ‘Almughavars Variety Pack’ (which is just about the most unlikely collection of words ever strung together!)

Neatly designed and cast LRBG02 ‘Late Roman Auxilia or Legion’ represent the more poorly equipped troops from the twilight of the Roman Empire. They are armed with Late Roman typical oval shields and an array of swords, spears and throwing darts/martiobarbuli. The figures are nicely proportioned, although that pesky throwing/thrusting arm-angle has proved tricky for the sculptor.

Nice smooth surfaces will make painting easy and as the photo testifies, the pack looks great as a standard MeG unit. Each bag contains two of each figure, making 24 in total and although this is a standard size for Lurkio infantry packs ‘Pack Breakers’ of four infantry or two cavalry are also (helpfully) available.

The aforementioned ‘ALBG01 Almughavars Variety Pack’ again contains 24 figures, this time all unique. Wearing chainmail and armed with spears, short swords and variously shaped shields (including a very interesting heart shaped affair) the Almughavars will line up well as a complete multi-based unit.

The contents of the Almughavars Variety Pack

The Almughavars were a class of warriors who fought with the Christian powers during the Reconquista. Unsurprisingly they feature in the MeG army lists along with that of Medieval Spain for DBA.

These packs represent great support forces for Mortem et Gloriam and any other 15mm ancient games, to which these nicely produced figures would be a welcome addition.