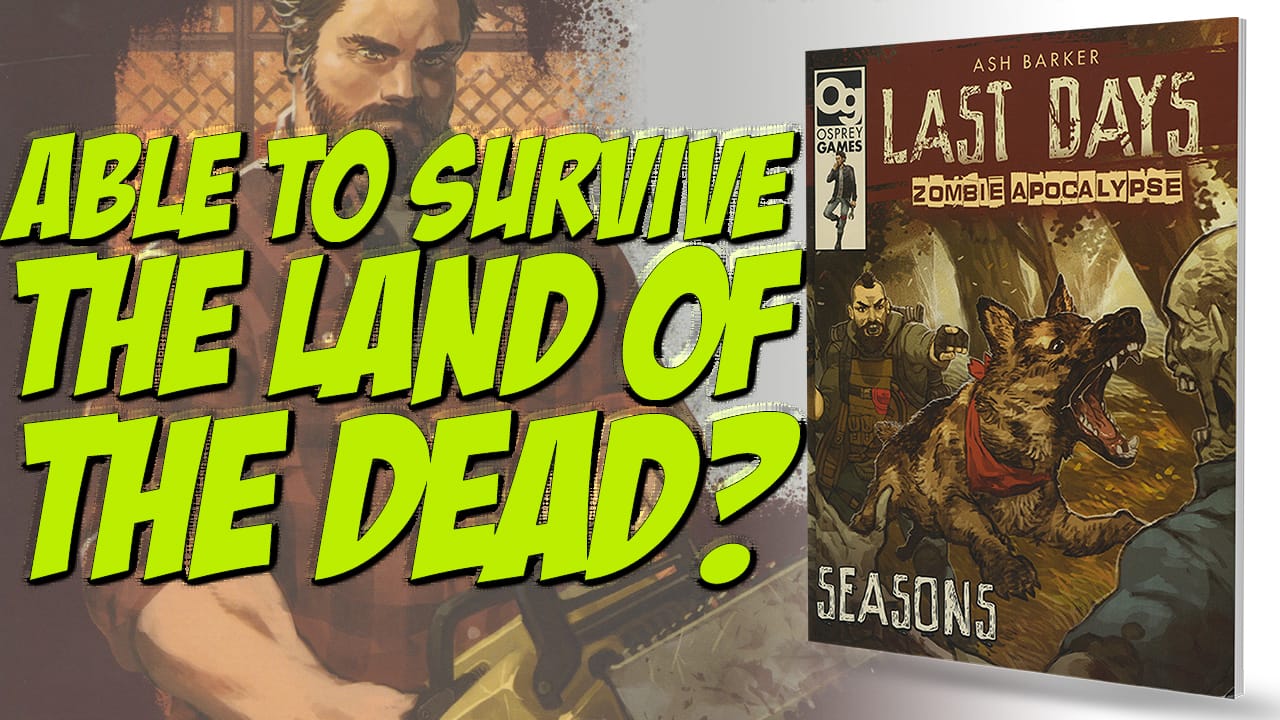 Osprey Games have released the first supplement for the Last Days: Zombie Apocalypse skirmish gaming system. Seasons adds new layers of options to your campaign games, introducing the complications that seasonal changes and weather can have on groups of survivors.  The new book is in the current Osprey Games hardcover format, with 88-pages in total.

The new book begins with an overview of the ideas behind it, in terms of gameplay and the potential effects of the seasonal changes on survivor groups. Much is made of Character Conditions as a result of these changes, in particular to character in-game stats.

There are new rules ideas for integrating the Encounter scenarios from the core rulebook into the Seasons approach, generating them in the same way and then rolling for the Weather. There are also New Encounters, which are ‘seasonally themed’, with four in total. The Weather is covered using a chart for each season, where a 2D6 roll is used to determine the nature of the weather during an encounter.

New equipment, weapons and Survivor Group ‘jobs’ are outlined, as are the methods to use during a campaign to manage the various conditions outlined, especially in terms of Leader Types. There is a focus upon each of the main ‘negatives’ of long term survival, but dealt with in such a way that they are gameable. There are aspects of a foray into roleplaying, but not to the extent that they need to plant crops occupies your group for the whole adventure! Long-term gaming leads to the potential changes in leadership and the author has you covered with rules for leadership challenges. Lastly, the all-important ‘end point’ of the campaign is outlined, complete with a simple method to calculate the ‘winners and losers’.

There are a number of new Core Rules which have been included, featuring new Master Skills, Attributes, Character Archetypes, Perks and new Refugees. In addition, rules for Solo and Cooperative play have been included, in response to the requests of players. Lastly, there are three special encounters included that rely upon these new rules.

Overall, this is an excellent supplement for an interesting game. It adds new aspects to the rules in the core book but doesn’t serve to necessarily complicate matters. The fact that the games author has taken onboard the feedback from players and introduced new rules as a consequence shows that the Last Days gaming community is an active and vibrant one. Plus, the use of artwork in this book retains the evocative approach found in the core.

For more information, go to https://ospreypublishing.com/store/osprey-games/other-wargames