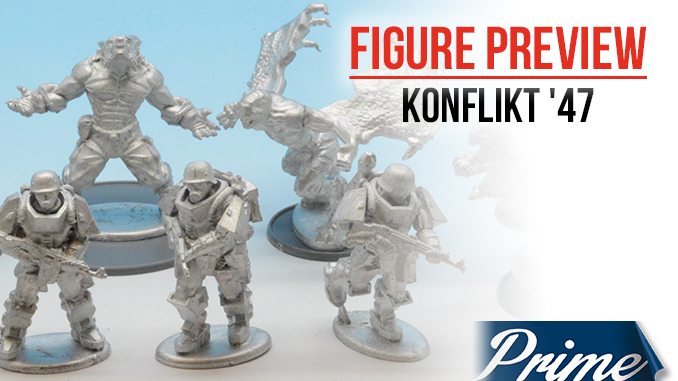 We continue to follow the development of the Konflikt ’47 figure range from Warlord Games and Clockwork Goblin with a look at some forthcoming models which bolster the German forces in the game.

These German infantry men operate encased in ‘heavy personal armour’ which has been developed with the use of Rift-tech. Whist the Germans were the first to field Heavy Infantry, other nations have copied their principles.

These werewolf-like creatures have been developed by the mixing of human and canine DNA to produce warriors which are fast, tough and horrific.

The combination of reptile and bat DNA has been used by the German ‘Soldier Enhancement Division’ in Dresden to produce these nightmarish creatures which combine flight with a number of other special abilities.