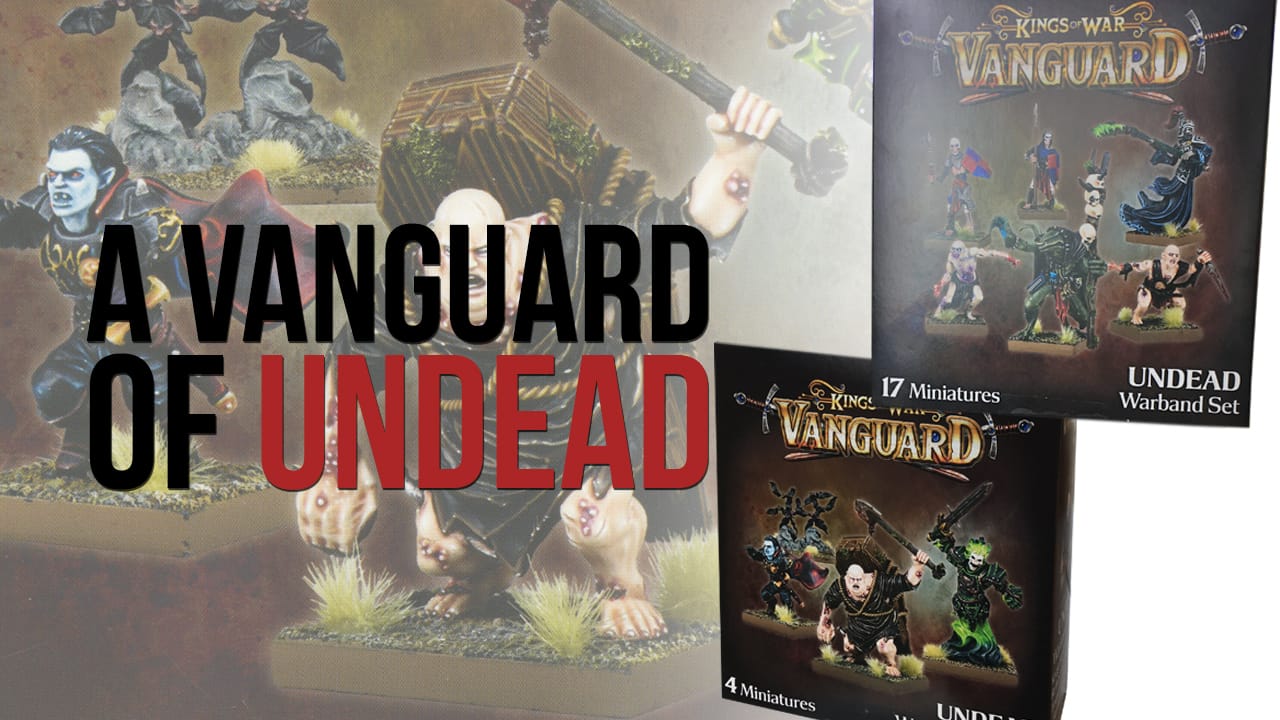 Mantic Games continue to support their Kings of War: Vanguard skirmish level game. Two of the latest releases are for the same faction, the Undead.

Vanguard games are designed to be played as the special missions and encounters that take place before or around the periphery of a full-on battle. Bearing that in mind, the core and expansion sets for the figures contain a small amount of miniatures, with game cards and other items.

The ‘core’ Warband Set for the Undead consists of 17 plastic and resin miniatures.

The first item in the sturdy inner box are two resin miniatures, which need to be assembled. These represent the Soul Reaver and Necromancer, the ‘champion’ and ‘leader’ models for the Warband.

The next three items are plastic frames, taken from the Kings of War range, and provide you with enough parts to construct 10 Skeletons, 3 Zombies and 2 Ghouls. Again, these are multi-part miniatures, with some options available on the frame.

Beneath the miniatures are the game data cards, 16 in total. These cover the figures in the box, but also cover a number of other figures which could be added to the Warband or used as alternatives.

The expansion set, or ‘Booster’, we have consists of 4 miniatures. These are more ‘specialised’ characters to add to a Warband, all cast in resin and in need of assembly. We have a large, ogre-like Crypt Gouger, a Barrow Wight, a Vampire Bat Swarm and, something new to me, a Vampire Halfling.

Each of the figures has a character card in the box, with full game stats and special rules, but there are no extra cards as in the previous box.

The resin figures are of a high standard and are full of character. They would be useful in a number of other fantasy games, and the two boxes make a formidable Warband for use in the game.