Kings of War: Shadow In The North 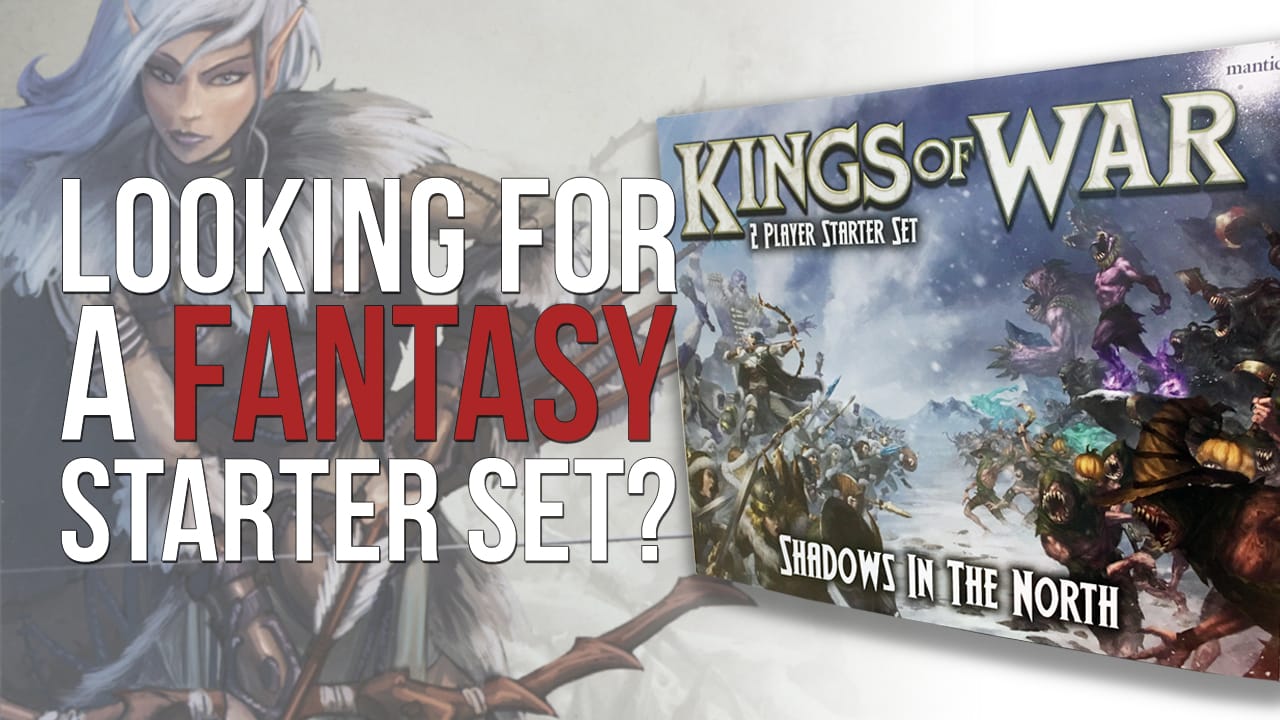 We recently visited Mantic Games and got hold of the new Kings of War 3rd Edition Starter Set: Shadow In The North boxed set. So, let’s take a look at what we have.

Upon opening the new boxed set, the first items you come across is a softback version of the rulebook, which is a pared back version of the hardback version, without the extensive  background of the hardback version of the book. All the army lists are there but there are no pictures, no photography, compared to the other book. Nevertheless, this is a well laid out, useful book, and you can eventually upgrade to the full rulebook as your reading book and shelf book, whereas this is your gaming book. There is also a ‘Getting Started’ booklet, which has one or two pages assuming that you are an absolute beginner, just about painting and collecting, gaming and some assembly and painting guides for the armies in the box. The idea of multi-basing, one of the main facets of Kings of War, is covered as simply as possible. There is a very pared down version of the background ‘universe’ or setting of Pannithor, where the main action takes place. The book also has pages about the two factions, the Warlords of the Alliance and Shadows of the Night, discussing the units in the game.

Beneath the books, with this being a two-player set, we have two good starter armies, new multi-part plastics depicting the Northern Alliance against the Nightstalkers. The Nightstalkers are the army from your darkest and deepest dreams, consisting of some very frightening, Halloween-y type figures. Some of the figures have pumpkin heads and others witches’ hats, and there’s something about them that makes me amused, until I look at their faces, because these are manic, evil creatures. There are the Scarecrows and the Spectres, horrific foot troops, with resin heavy troops known as Butchers. The force is led by a vicious looking Horror, which sums up its role.

On the other side, we have the Northern Alliance.  These are the free peoples living deep in the North above the ice, consisting of various types of people, the dwarves that don’t want to live as dwarves, elves that don’t want to live as elves, humans tired of the fighting, they want to live as free folk,  more in a kind of hippy commune, and they go up to the cold North where they face people of their own beliefs. The plastic frames allow for the creation of either Clansmen or Pack Hunters, with a bag of Snow Trolls and a Master Hunter as a leader.

The box comes with enough square bases for each miniature and are designed to allow for the figures to be ranked up, as long as the figures have been assembled carefully.

These aren’t the European, Tolkein-esque concept. Rather, Mantic have dared to be different, with a nod to elements of fantasy literature and visual media, but aiming to create a very different world to battle within. This boxed set is designed to introduce the fun of a fantasy ‘rank and flank’ game to those devotees of past systems, those looking for something new to game and those interested in picking up a fantasy game for the first time.