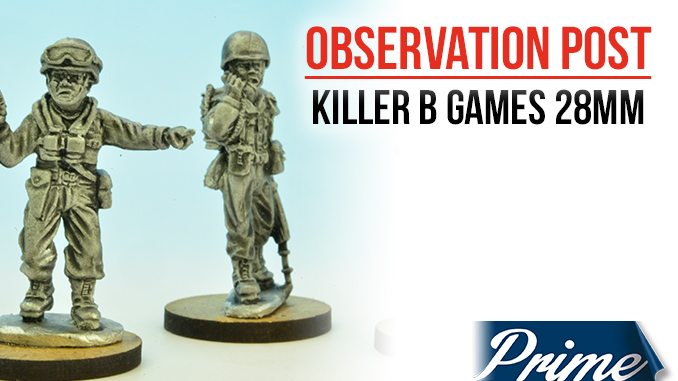 Available in the UK from their webstore and in the USA from Recreational Conflict, these miniatures embrace the 1960’s up to the 1980’s on television and movies, aiming to bring something different to the wargames table. The Invasion X range is fairly unique in that it focuses upon alien invasions and those who try to stop them.

We have two packs from the range, representing US troops from the 1950’s up until the early 1960’s.

US Troops Firing contains four miniatures armed with M14 rifles and in suitable equipment for the period.

The US Troop Command consists of an officer pointing with a pistol, a tough looking sergeant with a Thompson sub-machine gun, an M60 machine gunner and a Radio Telephone Operator carrying a radio.

Other packs in this range include Majestic-12 operatives (think Men In Black) and aliens, plus another pack of US Troops.