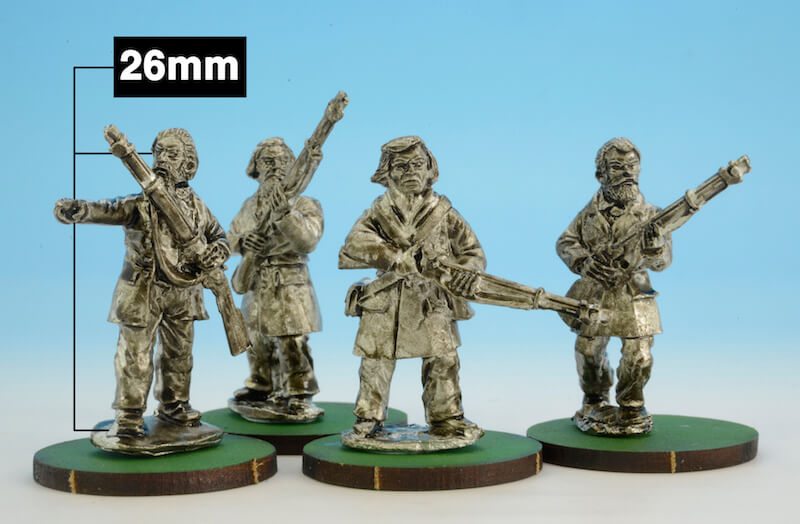 These two packs are designed to represent John Brown, members of his family and some of his supporters who attacked Harper’s Ferry in 1859 without any real success. All of these figures are brimming with character. The figures of John, Oliver, Owen and Watson Brown are remarkably good likenesses but, equally, the Armed Civilians have some useful poses and a sense of characterisation.

PROS: All the figures are well sculpted, and have varied poses. There is a sense of a desire to create individuals rather than ‘stock’ figures.

CONS: Most of the figures are in their ‘Sunday best’ or ‘well-to-do clothing, making them less useful for those wanting to portray less affluent people.

SCOPE: These figures would work for those trying to portray townspeople under attack on either side in the ACW or any other game requiring early to mid-19th Century armed civilians.