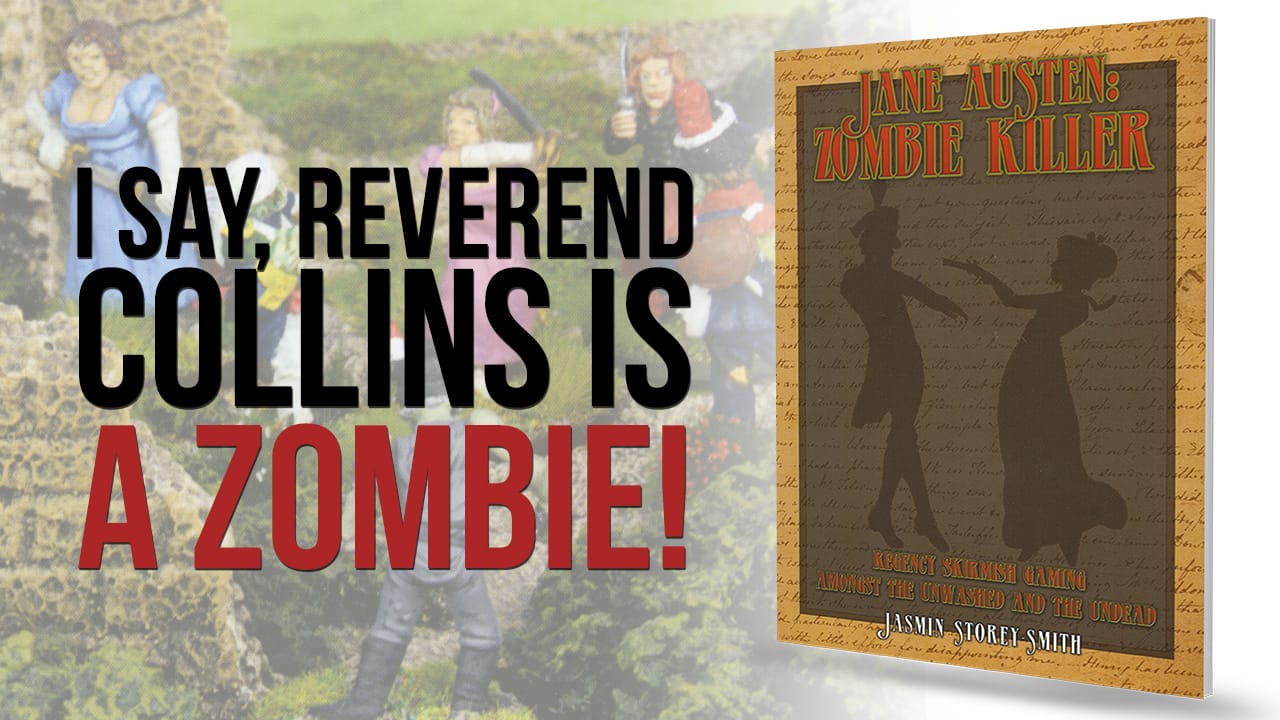 Although published a few years ago, it’s worth mentioning this set of rules, which takes a somewhat different approach to the zombie apocalypse. Taking its cue from the world explored in the Pride and Prejudice and Zombies novel and movie, Jane Austen: Zombie Killer is a 48-page, A5 softback rulebook which presents a Regency Period England wherein the undead are a constant threat.

The book begins with an introduction to the game’s background, and the ‘framing’ character who acts as a guide, Miss Elizabeth Bennet herself. Moving onto the rules, we’re introduced to these being rules for 28mm figures, requiring either the specialist range from Matchlock Miniatures or any other Napoleonic era miniatures. The system uses D6 dice, and the figures are organised into Hunts, small warbands led by a cast of one of a number of named Main Characters, Commoners and Leaders. Most Hunts consist of seven figures in total, a Main Character chosen at random, five Commoners and a Leader also chosen at random. Zombies are also organised, with 10 ‘Dreadfuls’ making a Drove, and two Droves per Hunt making a suitable opposition. The rules for Movement and Actions are simple, with the result of a D6 denoting which Hunt or Drove activates first, as per a number of modifiers. Activation points are rolled, and these are used to activate and act with figures. Once they run out, that group’s activation is over.

The book moves onto outlining the main rules, outlining the basics of a turn, firing ranged weapons, reloading, melee combat and the effects of hits and wounds on human and zombie. The rules also use Reaction Tests for various events, part morale test and part shock.

Having mastered the basic rules, there are a number of optional rules to add additional layers to games, suggested scenarios and then two fully outlined scenarios with maps, force lists and everything needed to try out the rules. The book finishes with a useful quick reference sheet, and a page of photocopiable counters for use during gameplay.

These are simple, easy to use rules presented in a sensible format. The photographs and use of a ‘guide’ help to immerse oneself into the background. The background itself is suitably different enough to make it distinct amongst the slew of zombie games out there. In addition, the rules themselves would suit those who like a quick but fun game with only a few models per side, or could be scaled up to make a whole club evening of gaming and would work well as a convention game.