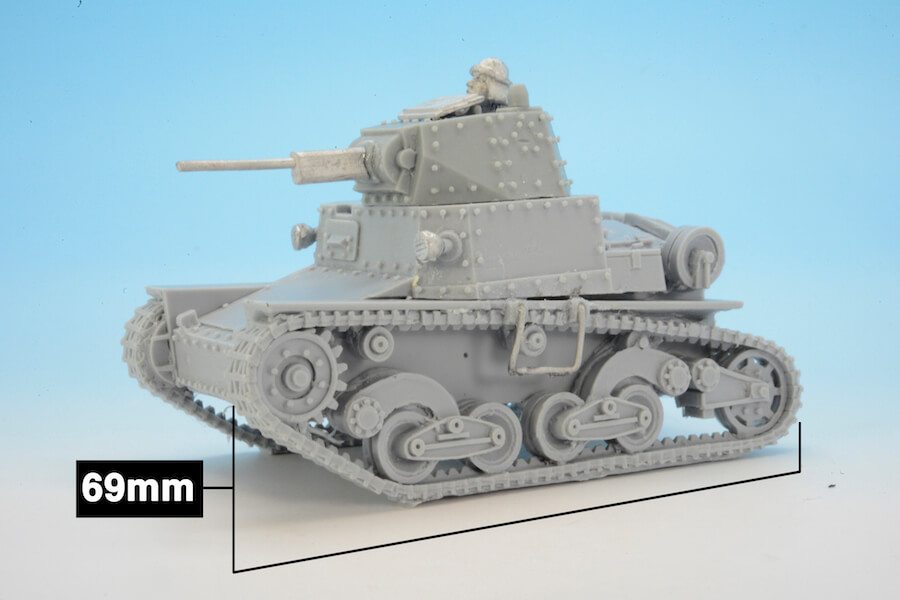 Italian tanks are some of my favourites, if only because they are fairly basic and usually have an awful lot of rivets. This kit is no exception, representing a largely resin version of a classic design intended for one role, that of reconnaissance. Of course, it ended up on the frontline as a ‘main battle tank’, which it is compared to a tankette!

This is a nicely rendered version with a metal gun, turret and a command figure. The level of detail, from the aforementioned rivets to the tracks and sprockets, is very good.

PROS: Supplied in four main resin pieces, this is simple to assemble and has some great details just asking to be picked out.

CONS: I struggled to fit some of the smaller metal pieces like the headlights but the use of a magnifier and tweezers would help.

SCOPE: Given the fact this tank served with the Italian army from 1940 up until the early 1950’s, this is a useful model that can fill a number of functions.