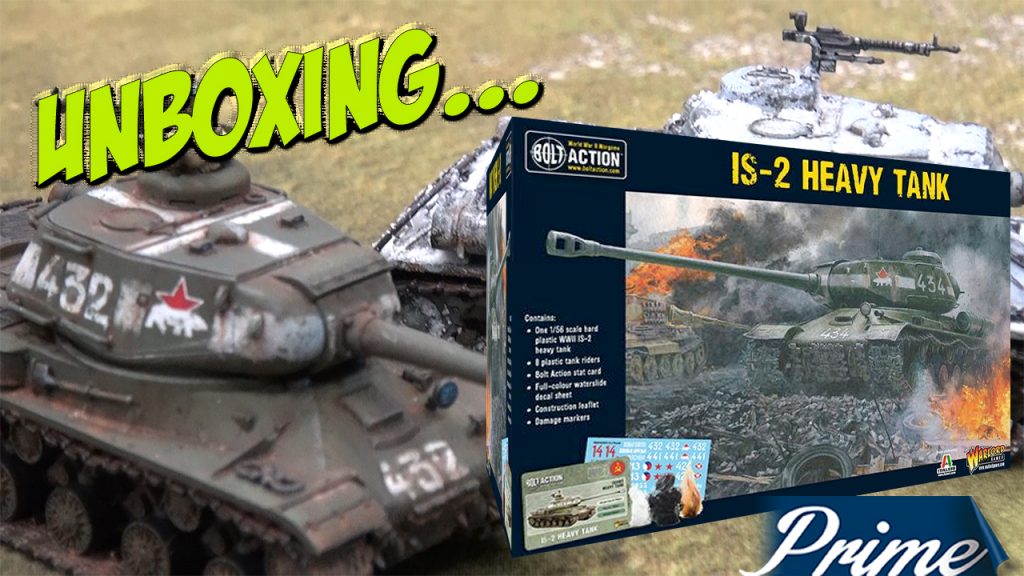 The Josef Stalin 2 heavy tank (that’s Iosif with an I if written the Russian way, hence IS) appeared towards the end of World War Two. Designed to smash through enemy lines, and take on the heaviest tanks being produced by the Germans. The IS-2 could also have rolled into action against the Western Allies in later What If? encounters so beloved of ‘tread heads’.

This is an all plastic kit which comes without any variant options, mainly because there were no variants! Armed with a slow firing but devastating 122mm gun, this is a beast of a tank. The actual kit itself is incredibly easy to put together and comes with all the details we’ve come to expect from the Italeri-Warlord partnership.

The kit comes with clear assembly and painting instructions, plus a set of waterslide decals for Soviet, Polish and Czechoslovakian versions. There is also a ‘potted history’ of the tank and a data card for use with the Bolt Action rules.

As always, Warlord like to provide something ‘extra’ with the kits they produce. There are 8 multipose plastic Soviet infantrymen in the box, designed to represent the tank riders common to the late war period. In addition, there are tank damage markers included, three different varieties of coloured cotton material and some MDF bases they can be stuck to.

This is a welcome addition to the Warlord range and would add some extra ‘punch’ to a late war Soviet army. Of course, the same kit could be used ‘as is’ for Konflikt ’47 or for those who would like to play out scenarios where the Soviets and Western Allies come to blows in the ruins of the Third Reich. All in all, a simple kit to construct that belies its authenticity, and the extras make this a great bargain for Soviet gamers.