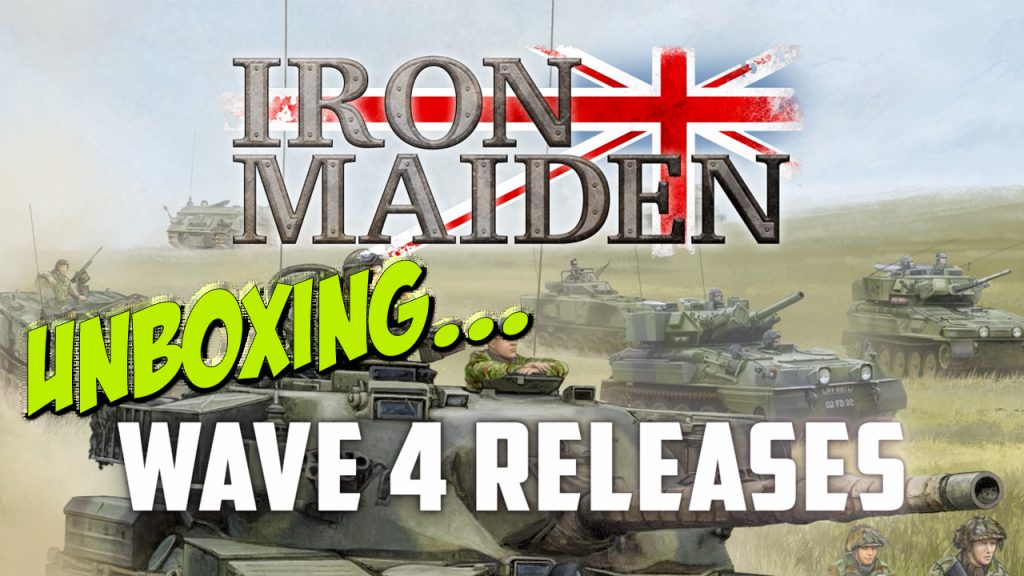 The Iron Maiden supplement for Team Yankee has been out for a while now and the last wave of releases connected to it are here. The Scorpion and Scimitar light tanks and Spartan and Striker boxed sets are here for you to see, plus the final two buildings in the related Battlefield In A Box range.

Here we are with the fourth and currently final wave of releases following the Iron Maiden supplement for Team Yankee. These latest releases in this figure range are in plastic and resin and add reconnaissance and support options to your British forces, whilst adding more scenic splendour for your tabeltop. So, let’s take a look at the latest boxed set releases.

First of all, let’s take a look at the two boxed sets of plastics.

The new Scorpion or Scimitar Troop set allows you to field either the Scorpion Light Tank, with its hefty 76mm gun, or the Scimitar with its 20mm Rarden Cannon. There are enough parts in the box to make four of either variant or perhaps two of each. A resin Tank Commander sprue is included in the pack, as is a decal sheet and relevant unit cards. Both light tanks were designed to act as recce vehicles for British forces but both pack enough firepower to engage the enemies’ transport and other light vehicles. These are also ‘classic’ tanks, well-loved by those who served in them and a great addition to the range.

To provide your force with even more transport and support options, we have the Spartan or Striker Troop. Spartan is the name given to a tracked APC that was based upon the same chassis as the Scorpion. Able to ferry troops into battle, the box includes options to upgrade the basic vehicle to include Blowpipe or MCT options, adding some anti-armour and anti-aircraft punch. The design may also be fielded as a Striker option, a multi-missile launcher that can add frontline support to your infantry or armour, keeping pace with other British vehicles.

Finally, the last two releases are yet more of the excellent Battlefield In A Box buildings. Fully painted, we have Automobile garages and a Convenience Store. The Garages set has a double and single garage, whilst the Convenience Store is a two part sculpt with a removable roof.

So, Wave Four of the latest add-ons for the British forces are out and they add even more options for players. Next up will be the Neu Volksarmee, the East German forces to support the Soviets. A new supplement and figure range is scheduled for release early next year, so we’ll be back to talk more about that and any other Team Yankee releases as they come out.