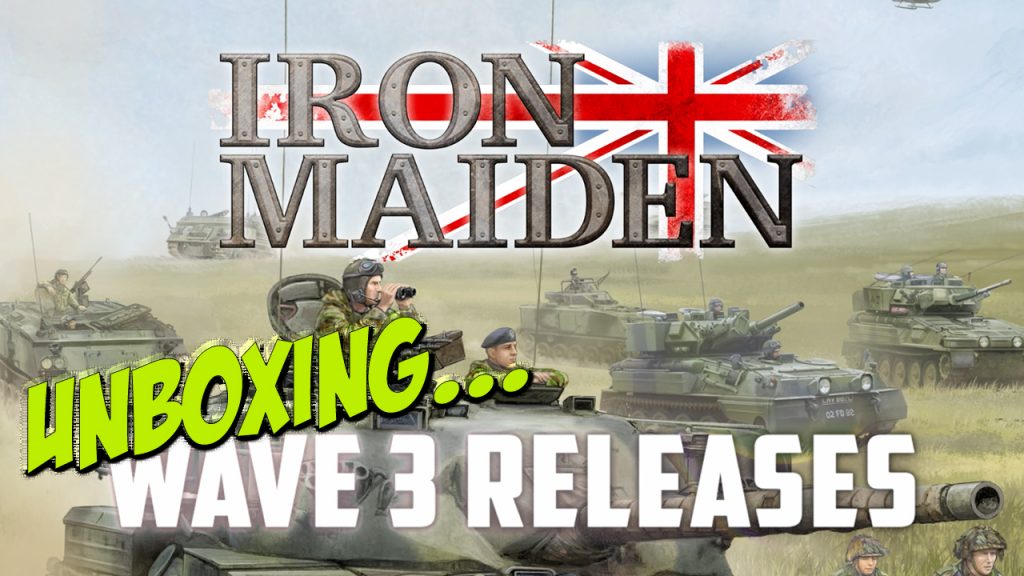 Here we are with the third wave of releases in support of the Iron Maiden supplement for Team Yankee. Once again, the latest releases in this figure range in plastic and metal from Battlefront are impressive. So, let’s take a quick look at what’s new.

In case you missed it when it was first released, this is the Iron Maiden book. It introduces the British into the Team Yankee game. If you have yet to indulge, then you can expect clearly laid out information in typical Battlefront style and some excellent artwork and photographs of well-painted miniatures ‘in action’, and a wealth of support material including what we are going to look at here –

With the previous release of the ‘Charlie’s Chieftains’ box, the British forces gained some armoured might with Chieftain tanks and Lynx helicopter air support. This starter set have now been supplemented by two individual boxed sets, one containing five Chieftains and the other two Lynx helicopters.

To provide your force with much-needed close and air support, we have the Abbot Field Battery and the Tracked Rapier SAM Section. The Abbot box contains 4 resin and metal models of the 105mm Abbot Self-Propelled Howitzer, allowing you to field some mobile artillery support on the tabletop. And, to protect the Abbots and your other units from air attack, there are four Tracked Rapier Surface To Air Missile Launchers in this set, useful air cover against your opponents soviet Frogfoot ground attack aircraft and the much feared Hind helicopter.

If you are looking to add divisional level support to your British force, you should consider the M109 Field Battery with its American built 155mm Self Propelled Howitzers, again with four metal and resin miniatures in the box.

Lastly, providing some close air support, we have two resin and part metal Harrier jump jets on call to hit the advancing enemy armour where it hurts.

So, that’s Wave Three of the latest add-ons for the British forces in Iron Maiden they are out now and Wave Four is just around the corner, so we’ll be back to talk more about that and any other Team Yankee releases next time.