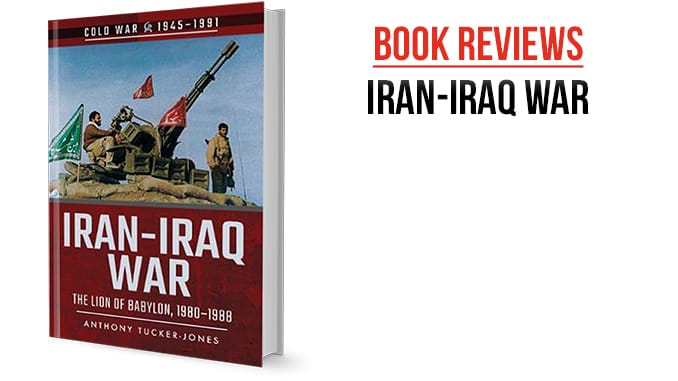 Never judge a book by its cover – absolutely essential in the case of Anthony Tucker-Jones’ Iran-Iraq War, as the back cover already contains a howler, claiming that both sides used chemical weapons. Iran did not, and Tucker-Jones never makes the claim either. Also do not judge a book by its index, as this, too, is deeply flawed (e.g no mention at all of Israel).

Better to look at the actual contents, and that is quite comprehensive and provides a good introduction both for those interested in military history and wargaming to one of the lesser-known conflicts of the Cold War period. The murderous war between Iran and Iraq was a conflict between ideologies, and reminiscent of the First World War in many aspects, despite using up-to-date weapons systems with abandon. Yet it was regarded as almost a sideshow outside the region … and two dodgy regimes fighting it out only received major attention once the oil trade was impacted.

All in all Tucker-Jones provides an accessible history here, though some of his statements might be debatable, and further research will be required for an in-depth analysis. But, as a primer, it is a handy volume packed with illustrations.

Yet the illustrations are, maybe, one of the weakest points here – a lot of them show hardware used during the conflict, but are not actually from the conflict or, indeed, the conflict parties. Starting with the first illustration, captioned as “Iran’s U.S.-supplied weaponry”, but showing an Israeli M109. On page 63 we see “an Iranian fighter ace”, naming Jalil Zandi, actually the highest scoring Tomcat ace worldwide would not have hurt. And the maps … well … I for one was expecting more detail.

All in all a bit of a curate’s egg – but useful if you have no knowledge of the conflict and hate Wikipedia.