Invasion of the Daleks! 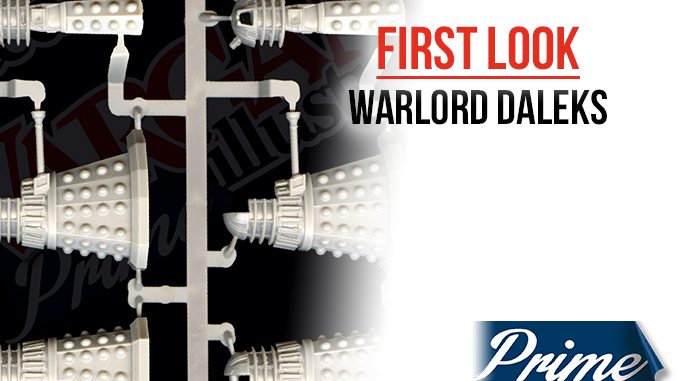 We had a chance to get our hands on one of the sprues for the new Doctor Who Miniatures Game: Into The Vortex. The Daleks are one of the iconic villains of an iconic BBC TV programme and now Warlord Games have begun producing them in plastic.

These sprues are based upon the Time War-era mechanized warriors as seen many times on screen since 2005. All the classic features are there, from the eyestalk and sensor ‘bumps’, to the Dalek gun and ‘sucker’ combination.

These are only three-part plastic models, two halves and a front plate, so you can quickly construct the six miniatures that come on the sprue. They are also designed to ‘snap’ together, allowing them to be constructed without glue if you wish.

This is the first of the plastic Factions designed to be used with the final version of the game and has been created in conjunction with the BBC to be as accurate as possible. Other plastics are on their way, as well as more releases in pewter. Suffice to say, we are mightily impressed and look forward to more news soon.

These are the test sprues of the Daleks, hence the fact they are grey. The final version will be released in a suitably Time War Dalek colour, so with minimal painting, you can field a suitable force.