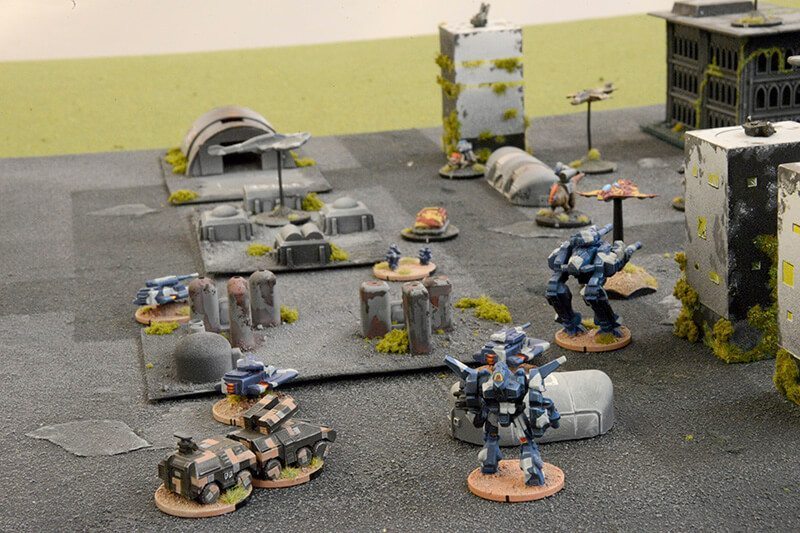 We had a visit from Robey Jenkins, the man behind this great ruleset, coming soon from Osprey Games. Designed to be used with miniatures from 6mm up to 10mm, this is a sci-fi battle game which pits giant mechs, battle suited infantry and tanks against one another.

So, if you like the idea of stomping around the battlefield or firing salvo after salvo until the building sized titans fall, why not read more about the game in our Designer’s Notes feature coming in our June issue?