Hitler Versus Stalin: The Eastern Front 1944-1945, Warsaw to Berlin 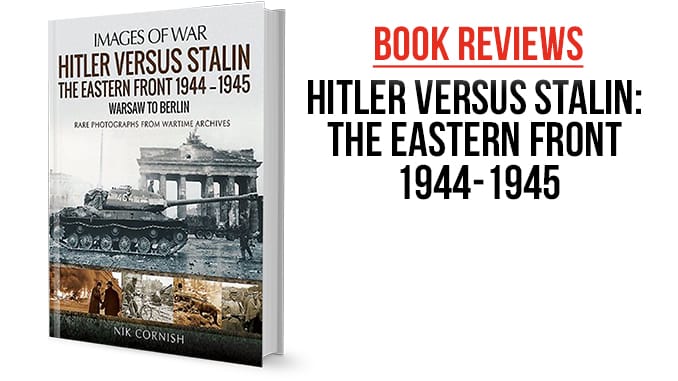 This visual compendium of the Fall of the Third Reich is a perfect start for anyone who wishes to go beyond a quick internet search or overview of a book of the Eastern Front. Breaking down each chapter into specific theaters of the Eastern Front enable a wargamer to focus their creative energy on a smaller part of the greater war. Each chapter has a significant number of pictures from both sides of the conflict, giving wargamers the inspiration for conversions or new models for their collections. I am predominantly a Bolt Action player, and my favorite army to collect is Soviets. In this book I was instantly drawn to pictures of M4 Shermans being used in battle by the Soviet troops, and how this tank was preferred by the tankers who served in them. Also, there was a good emphasis on the other nations that participated in the battles from Karelia to the Balkans. These nations are often overlooked in wargaming, with the pictures enclosed in the book aiding modelers who are interested in representing Romanians, Estonians, and more. Mr. Cornish acknowledges in his foreword that most of the information he has compiled is available online. However, this book brings together a tremendous amount of information and photographs into a quick and easy to use single source reference book. I would recommend this book for a wargamer who wishes to collect sources about the Eastern Front in the Second World War.