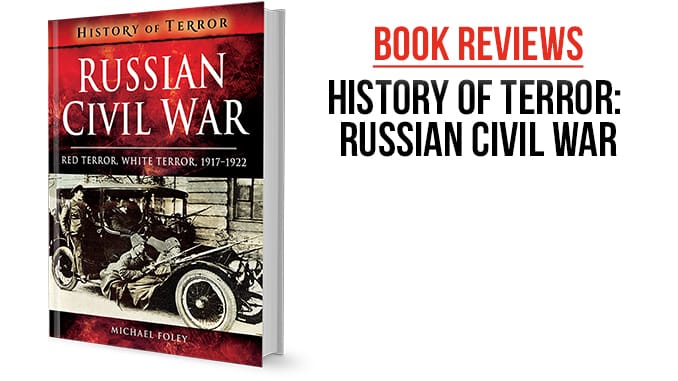 Replete with maps, timeline and black and white photography, it is a useful resource for the history novice with an interest in the period. While certainly better introductions undoubtedly exist, with clear large print and the easy to follow layout I’ve come to expect from Pen and Sword Books, it is certainly one of the easiest to get into and digest.

Given the books status as one of a series titled ‘History of Terror’ it does not shirk from showcasing the more gruesome aspects of the civil war, in some cases with photographic evidence.

In terms of wargaming potential there is plenty to offer the newcomer to the period with photographs of troops from throughout the time period as well as architecture, propaganda, a few battle stills and pictures of various historic personages.

Broad inspiration for forces used, scenarios and terrain can be gleaned handily from the book, the book has its limitations, its lack of focus on the martial side of things combined with it being exclusively in black and white throughout would oblige the reader to seek out a few books that deal with the battles as well as the composition/attire of the forces involved, thankfully plenty on the subject are readily to hand.

Additionally, with the right imagination additional value could be gleaned by the wargamer interested in using the book for a less historical, more horror themed wargame.

Overall, I’d rate this as a solid purchase of great use to the novice historian or wargamer, its macabre approach to the subject matter is different (and not for the faint hearted!) and is probably of more interest to the former than the latter.