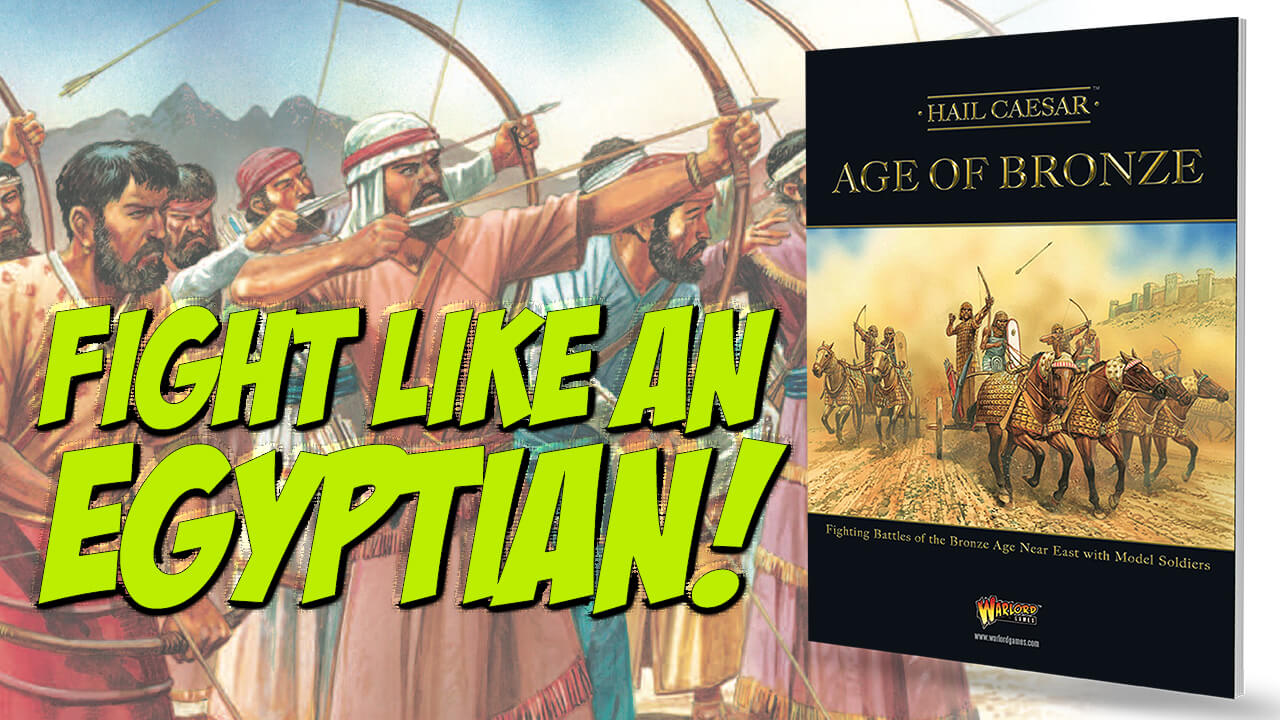 Hail Caesar: Age of Bronze is a supplement to the main rulebook but also contains a complete skirmish level set of rules for the period covered. This is a 160-page softback book, packed to the very last page with history, army lists and scenarios. The main focus is upon the battles fought throughout the Bronze Age period, from 2500 BC up until 1000 BC.

The rules begin with a general introduction to the period, and defines the purpose of the book, charting the history of this era through the medium of the battles fought between the main civilisations. Presented after these first few pages, author Nigel Stillman offers a set of skirmish level rules, related to Hail Caesar but largely standalone.

Returning to the main Hail Caesar rules, available separately, the book offers a series of potted histories of the main facets of individual eras, then introduces a series of recorded battle scenarios. These all have Orders of Battle for the forces involved, game stats, scenery and deployment maps, full details of the game to be played and any special rules.

These are some of the most comprehensive and fascinating aspects of the supplement, charting as they do the rise and fall of the Hittites, various versions of the Egyptian Empire, the Libyans and more. It also embraces the use of chariots, the changes in tactics and the various troop types from peasant Levy to the highly trained Egyptian Marines.

Another useful aspect of the book is a chronology of the whole Bronze Age, plus a general look at the units involved and their military organization, a discussion of weaponry, and a guide to the life of a typical soldier and the sources used for reference.

This supplement is typically well researched, as is everything that Nigel Stillman writes. Yet this is also very much a gamer’s book, which covers the period using a wealth of detail and lists. Each of the major battles are well rendered into tabletop encounters. The addition of a ‘free’ set of skirmish rules makes the whole book even more useful for those looking to game the smaller encounters in and around the larger battles. Overall, a great book for those looking to game the Age of Bronze.