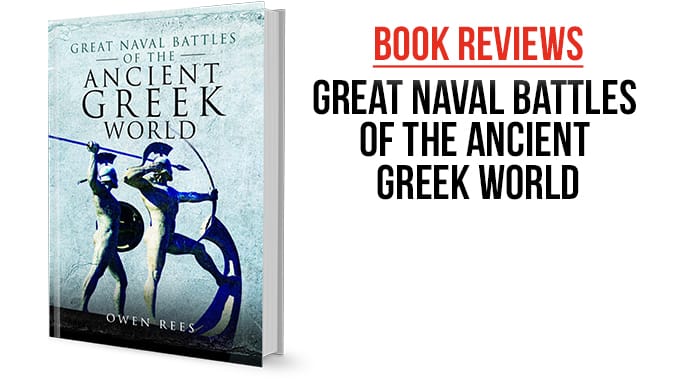 The importance of warships to the Greeks cannot be overstated. Indeed, the Athenian Empire was a Thallassocracy in name and nature, existing much like the later British Empire, generally by dint of its overwhelming naval strength. Naturally, it should be a staple of tabletop gaming, but given the ephemeral nature of sea war, it can be difficult to map historically. This book should prove a useful tool for the gamer of aquatic bent. Rees leads with a summary of the various designs of Greek shipping,  and most importantly diagrams of how the key sea-borne tactics; diekplous, kyklos & periplous, were carried out, whilst acknowledging  the limitations of the historical record in all regards. He has concentrated on a selection of engagements from 499BC through to 404BC & the close of the Peloponnesian War, conceding that early writers provide little hardtack for comprehensive analysis. Not unusually for this period, the narrative revolves a great deal around Athens, which fault lies firmly with history, not the author.

Each battle is given its own section, with dispositions, fleet numbers (insofar as any ancient writer could be said to provide accurate numbers), background, battle and aftermath.

Line maps of starting dispositions are provided, but no further illustrations or plates so modelers and painters must look further afield.  Of great importance for those wishing to do just that, or who are curious about Rees’ research, this book has a substantial bibliography and further reading list, covering a broad swathe of scholarly work including well established texts and more recent works for both the general period and specific events.

Overall, the wine-dark ocean likes to hold on to its secrets, but Rees’ work helpfully draws together disparate scholarship into readable format and provides good insight into this somewhat neglected field.