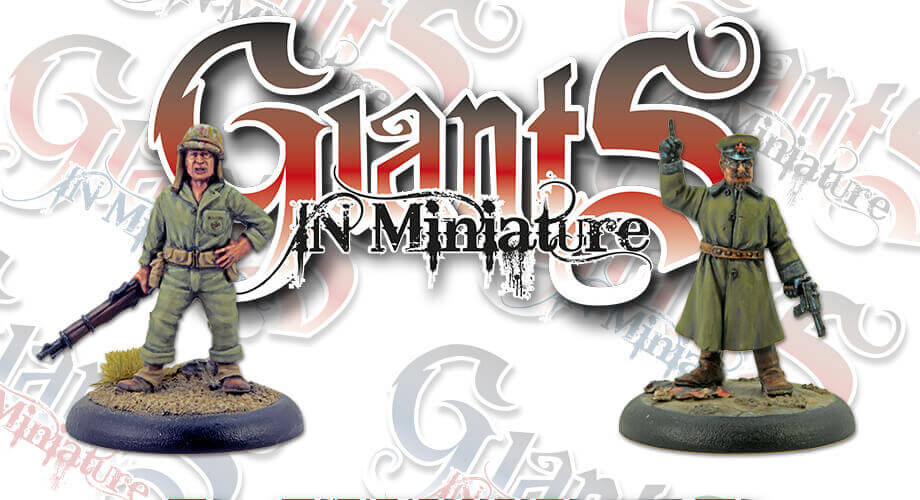 All of the figures have been designed, moulded and cast to the highest possible specification, and each one comes in a presentation box, containing a uniquely numbered ‘Limited Edition’ card.

All of the GiM models make for great leader or character figures on the tabletop, displaying dynamic and purposeful poses.

This range will expand at a rate of one pack per month, with the newly released figure/s linking in with the theme of the latest issue of Wargames Illustrated.

“You gotta learn right and you gotta learn fast. And any man that doesn’t want to cooperate, I’ll make him wish he had never been born.”

Sergeant John M. Stryker is, in many ways, the ultimate example of the strong, efficient squad leader, the stereotype by which others were to be judged and the epitome of the values and ethos of the United States Marine Corps. He is a hard, strong man but also a very human figure who cares enough for his men to make their training harsh so that combat is easy. A combat veteran, he leads from the front and is full of courage. Although a fictional character in the movie Sands of Iwo Jima, his life and how he lived it showed the American public what life was like for a Marine in the Second World War.

You will find a painting guide for Sergeant Stryker (and any other WWII US Marines!) in the October issue of Wargames Illustrated.

Click below to view Sergeant John M. Stryker in 360 degrees!