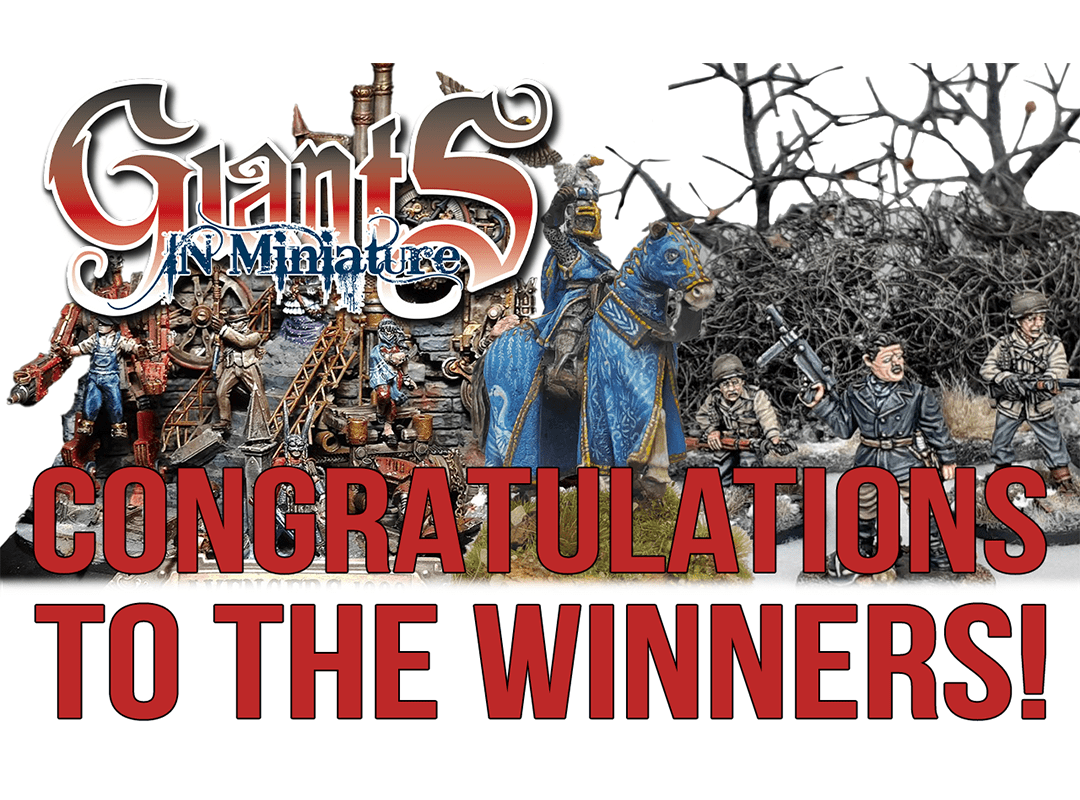 You’ve checked the options, you’ve cast your votes, we’ve done the counting, we have a winner …

… Congratulations to Aurelian Leclerc who is our Readers’ Choice winner with his Saint Louis Conversion! His amazing work and painting (creating a Knight of Dol Amroth from the Lord of the Rings) got more than twice as many votes as the second-place entrant.

And who is in second? It’s Aurelian Leclerc again! His Avengers 1880 diorama wowed our readers too. Impressive stuff indeed and we’re already in touch with Aurelian about his prizes, one of which is to have his likeness sculpted into a future Giants in Miniature release!

Third place was a very close-run thing but in the end, Aaron Vayro edged it by just two votes and will win a brush set.

Thanks to everyone who entered and voted. Why not get busy painting now, ready for the ten year anniversary of the GiM range in 2025?