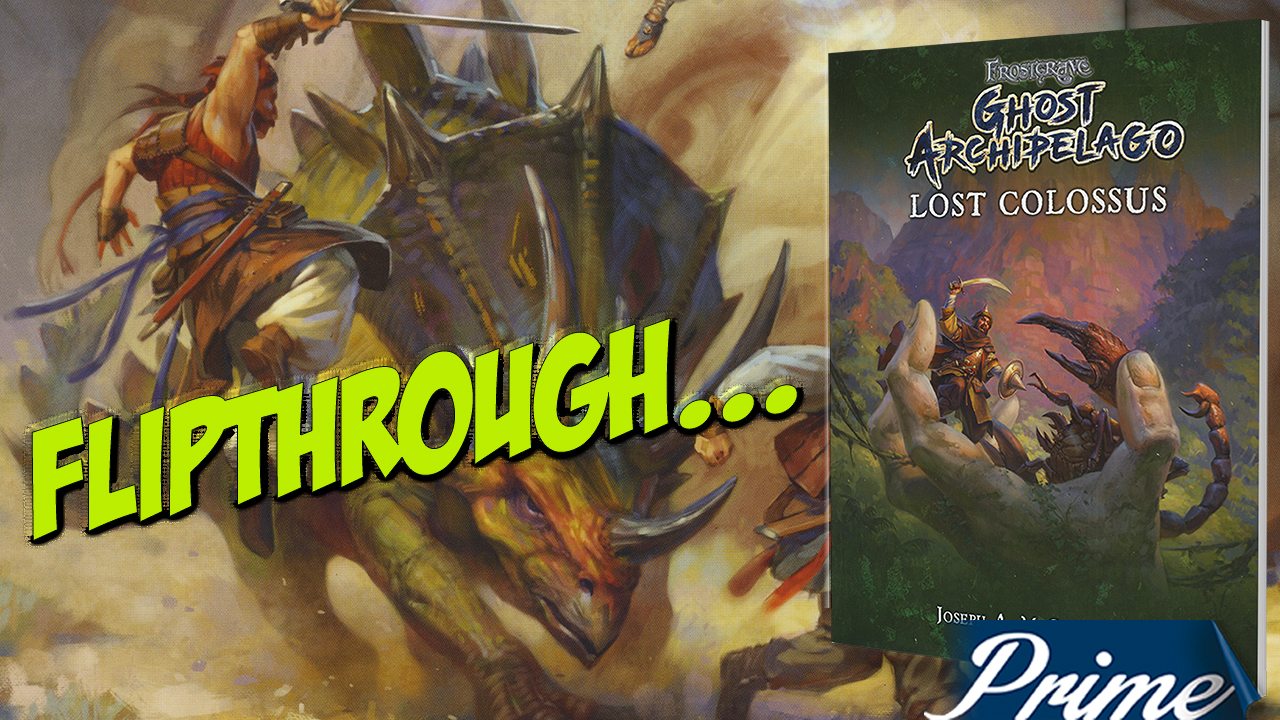 Ghost Archipelago: Lost Colossus is the first supplement for the popular Ghost Archipelago rules from Osprey Games. This supplement includes a complete campaign, plus replacement Weapons and Armour tables, new Crewmen and introduces a whole new race to the game.

The book begins with an interesting introduction to the campaign, emphasizing that this is a whole narrative experience. The rules and scenarios are outlined in brief, with all special rules and characters covered. There are ten scenarios included in the book, all adding to the overall story that the Heritor and Crew are embarking upon.

The book covers two new Crew options, the Bosun and Topman, these characters are designed with the increased water travel introduced in the Lost Colossus. There is also a brief background to the mysterious ‘snakemen’, of which there are more than one tribe and type, complete with the Warden-style magic used by those snakemen known as priests.

For the purposes of this campaign, there is a special treasure table which replaces the standard one in the main rulebook. This contains details on a number of new items that can aid those taking part in the adventure. However, there is also an updated and expanded weapons and armour table which provides a number of new options for those hunting the Lost Colossus or simply taking a journey into the perilous Ghost Archipelago itself.

A new Bestiary adds additional creatures, flora, fauna and Demons, to the game, for use within the campaign but with applications beyond it. There are also full stats for the different types of snakemen available, with the suggestion that they could well be used as a Heritor style Crew.

This new supplement is reminiscent of the type of classic adventure found in the world of the Role Playing Games. However, the action remains staunchly tabletop bound and offers useful advice and suggestions to make the most of each of the games. It also adds a great deal of new options to the Ghost Archipelago game universe, with new Crew, treasures, weapons and armour and a whole new race to play with, in the form of the Snakemen.

Overall, this is a book for all GA players, whether they run the whole campaign or not, as it serves to add even more possibilities to those seeking to survive amongst the Lost Isles. Personally, I’m looking forward to the plastic snakemen miniatures from North Star, which release at the same time as the book, so I can create a whole new type of Heritor and followers – look out for coverage of these in a future Primetime.