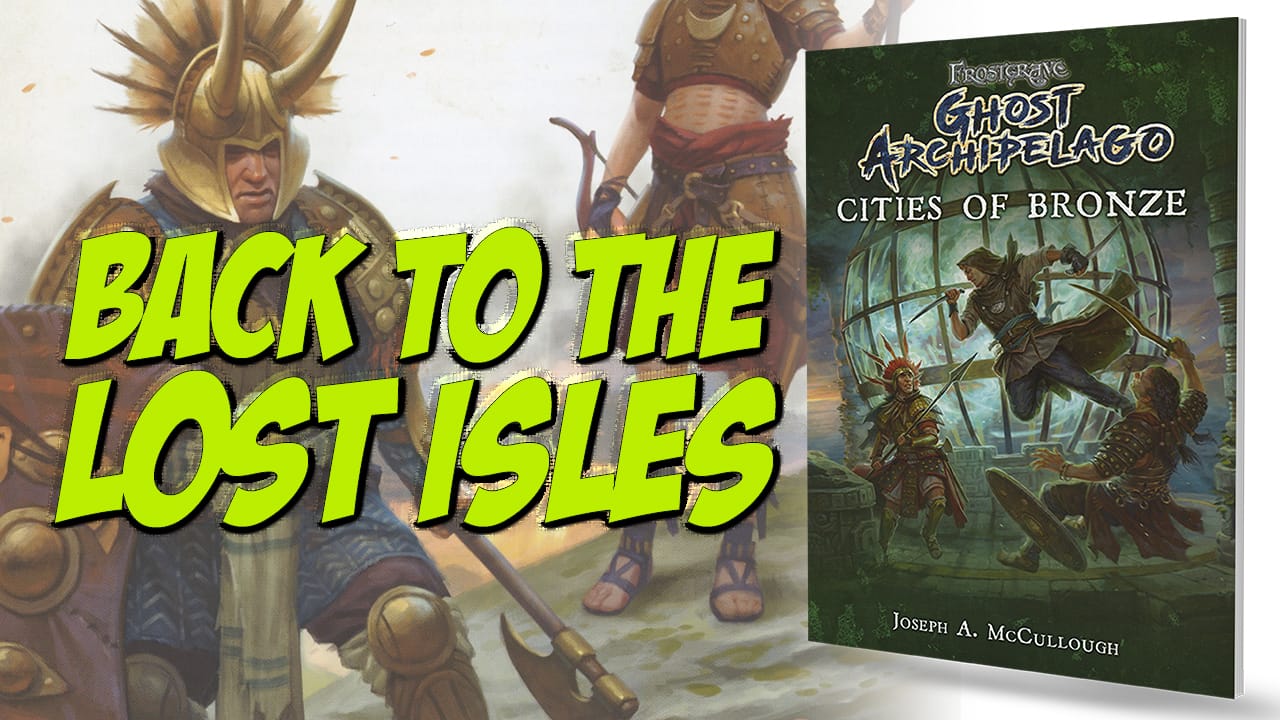 The latest expansion for the Ghost Archipelago universe provides rules to explore the cultural treasures of the Dricheans, a tribal people which thrive amidst the ruins of their own past. Divided into minor fiefdoms and city-states, they fight each other, snakemen, and, in fact, anyone else.

The book begins with an introduction from Joe McCullough, and then outlines the nature of the Drichean peoples, locked in the Bronze Age era of technology. They can be friends or foes, acting in support of or against Heritors, or in their own right as a ‘crew’ within the game. Players must either curry Favour with the kingdoms or may recruit the more adventurous Dricheans.

There are rules for creating your own Drichean kingdom, sample versions of the same, some fantastic artwork and a number of new, specialist crewmen which may be recruited.

New weapons are outlined, complete with their own rules, followed by a series of mini-campaigns, which could be tied together as a full narrative or used as stand alone adventures. Each campaign consists of a series of scenarios, fully defined and explained. There are three mini-campaigns in total, all designed to add more to the narrative of the game and test crews to their limits.

New treasures to find and use, an updated Bestiary of creatures to vanquish, Demons, dinosaurs and more are all outlined, just evoking the full atmosphere of life in the archipelago and the Drichean kingdoms in general .

This is a supplement that follows the same standard format of all the others. However, it adds more to the Ghost Archipelago game universe, the additional layers which make this a vibrant place to adventure.