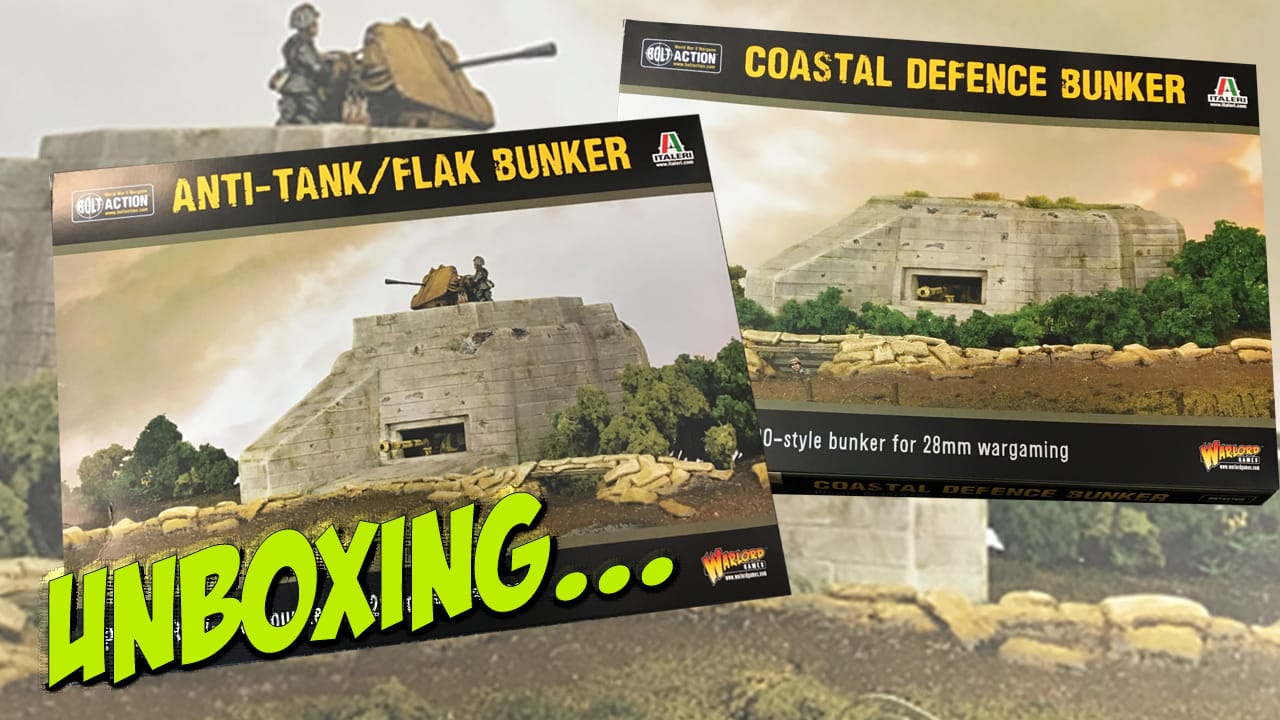 Warlord Games and Italeri have produced two plastic kits of the type of bunkers created by the Germans as part of the ‘Atlantic Wall’ to defend their possessions in France during World War Two. These are Coastal Defence Bunker and Anti-Tank Bunker.

The basic idea of these types of concrete and steel bunkers was to act as strongpoints that the Allies had to overcome whilst reinforcements could be rushed to that area.

The Coastal Defence Bunker kit consists of two frames and appears simple to assemble, with few small parts. The level of detail is good, with some molded battle damage and a layer of texture on the roof. The model may be created with a removable roof so that figures and weaponry may be placed within. The kit has rear doors that may also be opened to allow troops to come and go.

The second kit is a combined Anti-Tank and Flak Bunker. It is largely in same format as the first, again with some suitable battle damage. The removable roof also has a secondary gun position so that an anti-aircraft weapon or similar may be placed there, and the rear doors are once again able to be opened.

These are simple kits with a fair amount of detail. Although the same products billed on the Italeri website as 1/72nd scale, there is plenty of room for 1/56th scale miniatures. A useful addition to the terrain options for Bolt Action and other WW2 gamers.