Gangs of Rome: Blood on the Aventine Starter Set 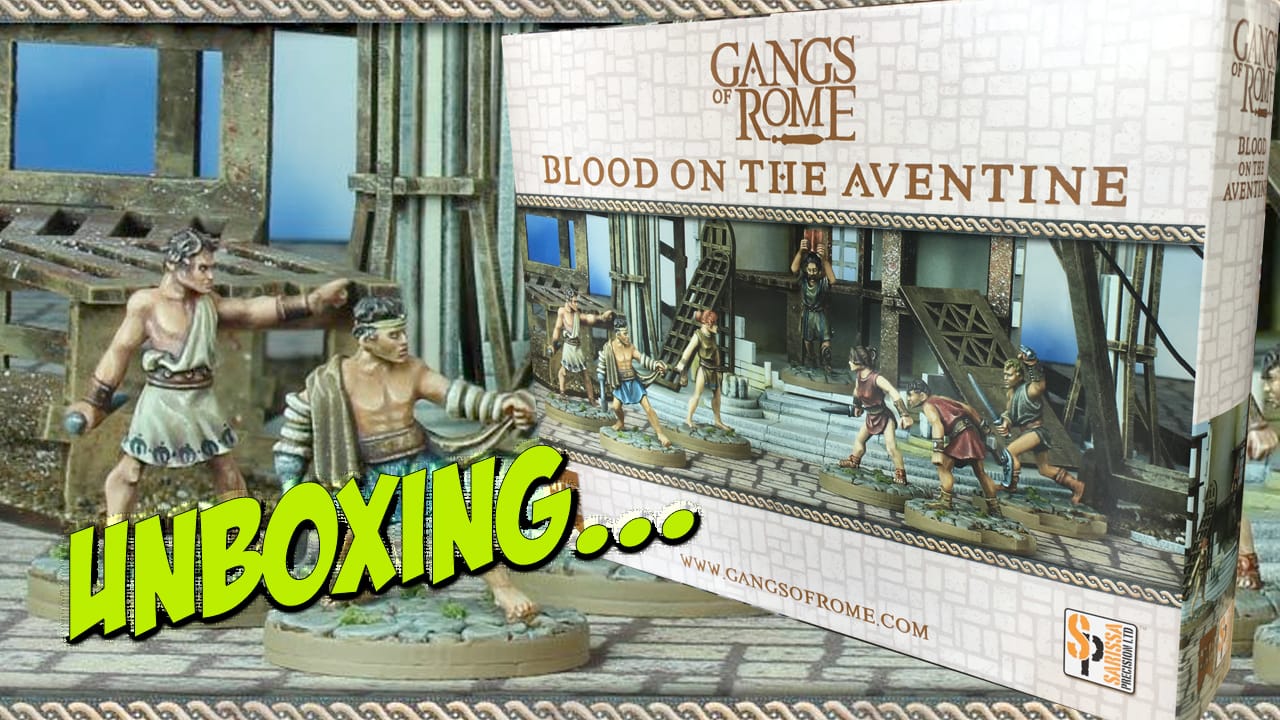 Following the successful launch of the Gangs of Rome rules system and miniatures by Warbanner, the company has gone a step further and put together a really useful two-player starter set.

The main Gangs of Rome rulebook is included, as are the details regarding the special Blood on the Aventine scenario, around which the starter set is themed. Coupled with the sample scenarios and rules in the rulebook, that’s an awful lot of scenarios which can be used.

Also included is seven of the official Gangs of Rome miniatures, plus all the rules cards and other items that come with them. One of these miniatures is exclusive to the boxed set and takes a role in the special scenario. Talavus the Gaul is a Temple Guard and features heavily, having his own rules card.

Talking of a temple, a partnership with Sarissa Precision means that Warbanner has been able to include a laser cut MDF building in the box. Representing a temple under construction, this comes with various accessories and is an excellent model in its own right.

Finally, the boxed set includes all the Roman numeral VI-sided dice, rulers and other accessories which are required to play out this scenario and the wider rules. In addition, there are also four exclusive new coins, which are used to add extra abilities and options during gameplay.

Quite frankly, this is a great deal. You get a copy of the basic rulebook, seven Gangs of Rome miniatures, a piece of terrain and everything else you need for two people to get started in the game. The exclusive elements also make this a good set to pick up if you’re already invested in the game and want to add to your collection. The value for money is self-evident and shows Warbanner’s commitment to helping gamers to access the rules without breaking the bank.