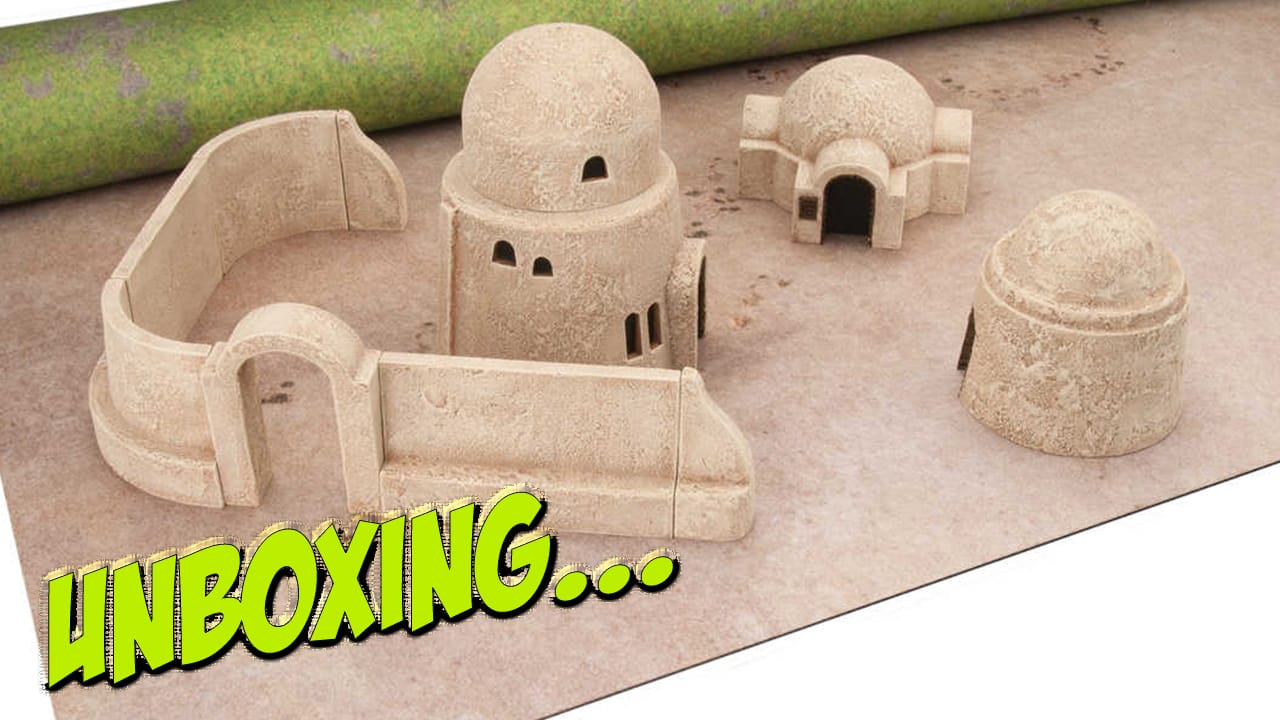 The new Galactic Warzones range from Gale Force 9 is a part of the acclaimed Battlefield in a Box terrain. However, rather than being based around the historical wars of Earth, the terrain and buildings in this range are designed with 28mm sized science fiction battles in mind.

The first wave of releases is intended to represent parts of a settlement on a desert world. We should point out, the packaging you can see in the video is not the finished article, these are pre-release samples which GF9 very kindly let us have early.

The Desert Tower is a two- part structure that can function as a lone lookout tower or the hub of a wastelands village.

The Desert Buildings box contains two domed hovels, a small domed building and a large quad building that hints at the possibility of a larger underground structure.

Lastly, protecting these buildings from devastating sandstorms or attacking armies are the Desert Walls, a multi-piece kit with straight and curved walls, wall endcaps, and an arched gateway.