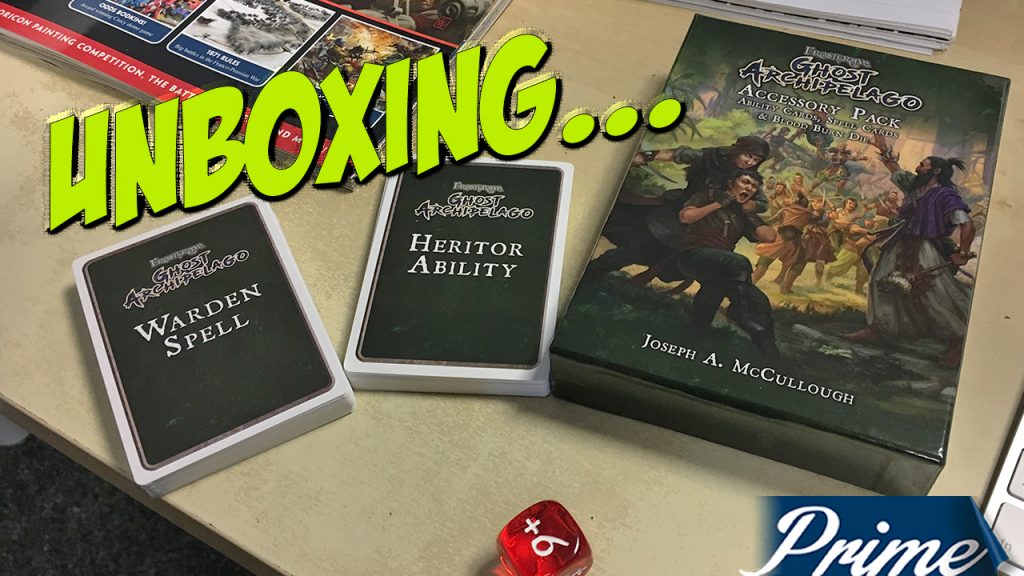 Fans of Osprey’s Frostgrave game have been awaiting this new variant for many months. Frostgrave: Ghost Archipelago is basically a whole new game, with new heroes and villains, a new setting and a whole new bestiary full of creatures to face.

Of course, with so many new aspects to remember, any aide memoires are always useful for a new game. In this case, Osprey Games have provided an Accessory Pack to help gamers. This pack consists of 60 cards in total, divided into 30 Heritor Ability cards and 30 Warden Spell cards.

The Heritor Ability cards cover all of those outlined in the rulebook, but save upon leafing through it during gameplay. Each Heritor is allowed 5 abilities and these may be chosen from any of those available. Ranging from the combat orientated, to defending against magical attacks. By using the cards it is possible to create a unique character to lead your Crew. The cards then act as an in-game reference point, or if desired, something to slap down on the table to surprise your opponent! However, each time a Heritor ability is used, they suffer ‘Blood Burn’, which adds damage to the character. Usefully, this pack includes a special dice to record the number of points of Blood Burn that have been accrued.

The Warden Spell cards are broadly the same, designed to be used as a reference for those using a Warden in the game. However, the cards are much more ‘themed’, being defined by each Branch. So, there are cards for each, whether; Beast, Earth, Storm, Vine or Wave. The Warden must take four spells in total, three spells from their own branch, the fourth must be from another. Again, this allows for a certain amount of customization, although less than with the Heritors.

As a method of reducing time wasting page turning and referencing during a game, these types of gaming aids are always useful. Consequently, this is a welcome accessory pack for all Frostgrave: Ghost Archipelago players.