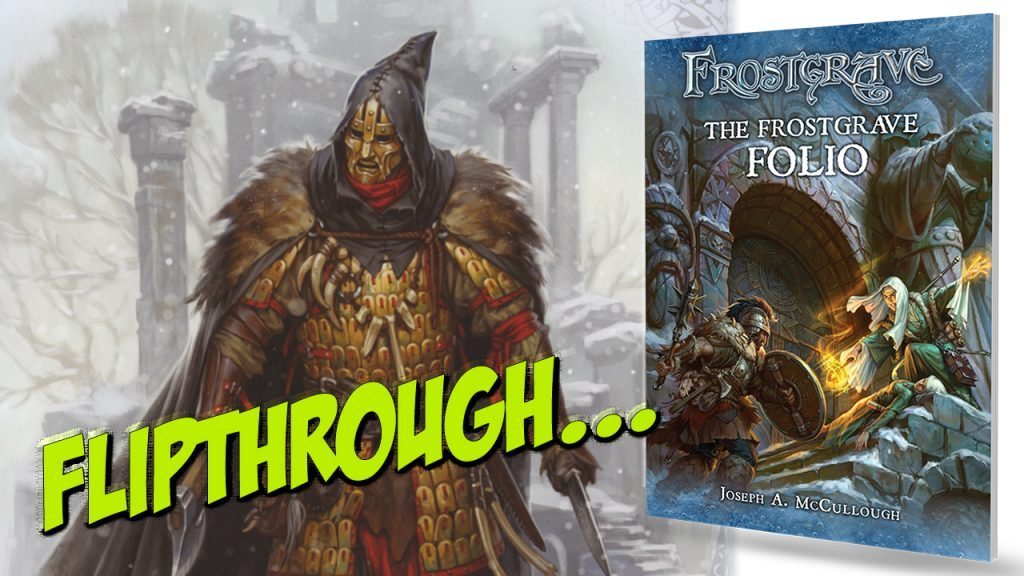 The Frostgrave Folio is a printed compendium of material for Osprey’s popular fantasy skirmish game Frostgrave, that has previously been available as a series ebook mini-supplements. The book includes rules, creatures, ideas on traps, board layouts and adventures for your Wizard and their Warband to take part in. There are also some brand-new rules and an adventure especially created for this print edition.

This book could be seen as both a source of new adventures for gamers, and also an official update to some of the core rules.

In the section entitled Sellsword, we have the introduction of a whole new type of Soldier for your Warband, The Captain. This allows you to put an experienced warrior in command of your Warband, with various leadership skills, increased stats, new abilities known as Tricks of the Trade and the chance to use Experience points to ‘level up’. There are also three linked scenarios in which to try out your new ‘Captain’ and a new foe in the Bestiary section – the magic immune Nullmen.

In the Dark Alchemy section, there is a whole campaign involving nefarious deeds and skullduggery. There is also a new Potions list which provides a different set results when used after an adventure.

The Arcane Locations adventure contains three different scenarios and some ideas that offer an alternative to the ‘standard’ layout during games. Revolving staircases, uncertain table edges and more are featured, encouraging players to use their imaginations to create something new for tabletop use. There are also new creatures in the Bestiary, plus a new spell and treasure, but the main new offering is the New Base Resources table, allowing Wizards to add even more features to their ‘home’.

Lastly, The Ravages of Time adventure with its three linked scenarios is entirely unique to this book. It’s a slightly different take on the game, with Wizard’s battling not only the Undead but also Time itself, meaning that although your Wizard may gain a series of temporary increases in ability, they also age at an alarming rate and must defeat a Vampire Chronomancer or be ‘aged’ to death!

As always, the book is full of photographs of miniatures, most of which are taken from the excellent North Star range. There is also a wealth of new artwork from Dmitry Bur-mak, the ‘official’ Frostgrave artist who can be relied upon to add an amazing visual element to author Joe McCullough’s vision.

Overall, this is not only a useful supplement but also has a number of new rules and ideas that could be considered essential for any gamer delving into the Frozen City. Although the majority of the content has been available previously in ebook form, having it all in one place in a print format is extremely welcome.