For God, King And Country! 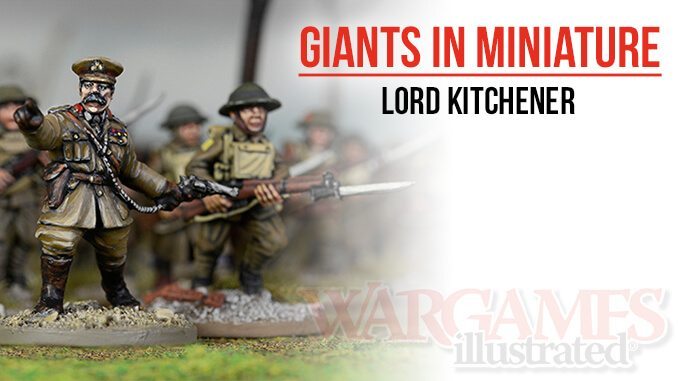 Although intended as a depiction of Lord Kitchener, our latest Giants In Miniature release would be just as suitable for any of the many British and Commonwealth senior officers who led the way Over The Top during World War One. Despite popular belief, many Generals did indeed take part in actions on the frontline and a number were slain alongside their men. It was all part of the ethos of the British armed forces, the officer leading the way by example for those he commands.

Why not take a look at this and the other miniatures in our expanding range? Our aim is to release one Limited Edition figure per month, with each being one of only 500 of that particular set. Please see the Shop section of our website for more details.

Other figures featured are by Great War Miniatures.