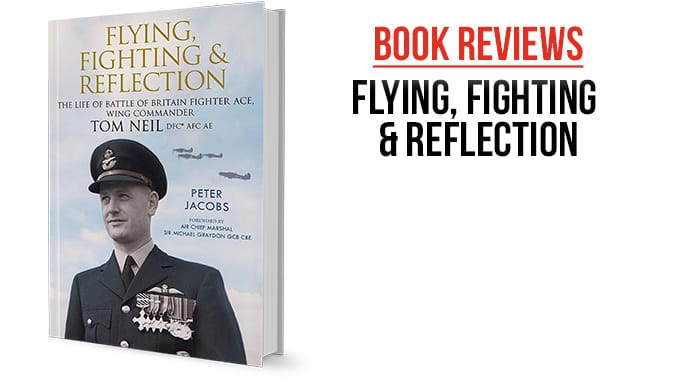 Covering the entire career of one of the RAF’s Battle of Britain Heroes, this book starts with the young Tom Neil joining the RAF and follows his wartime career, becoming a test pilot, his command of 208 squadron, joint military service with the United States and then becoming an accomplished author. A remarkable man, reading about Wing Commander Tom “Ginger” Neil, it becomes clear where some of the clichés of the Battle of Britain come from. With nicknames like “Bingo” and “Willie”, the exploits of Neil and the other brave airmen flying Hurricanes and Spitfires are remarkable. It seemed that each time they took to the air they were in new experimental versions of their planes, each time to give themselves that edge in aerial combat. Students of the evolution of air flight will find a lot to pore over.

With full cooperation of Wing Commander Neil and his family (sadly he passed away in 2018) this book is tribute one of Britain’s Heroes. The book includes multiple photos from Neil’s collection as well as numerous quotes of his own voice. This is the only disappointment I had reading this book, there was not enough of this. I felt I would rather have been reading Neil’s own words for the entire book. Knowing that he has written numerous books already himself, this book has only served as a means of ensuring my bookcase will become fuller in the future with the Wing Commanders own writing.