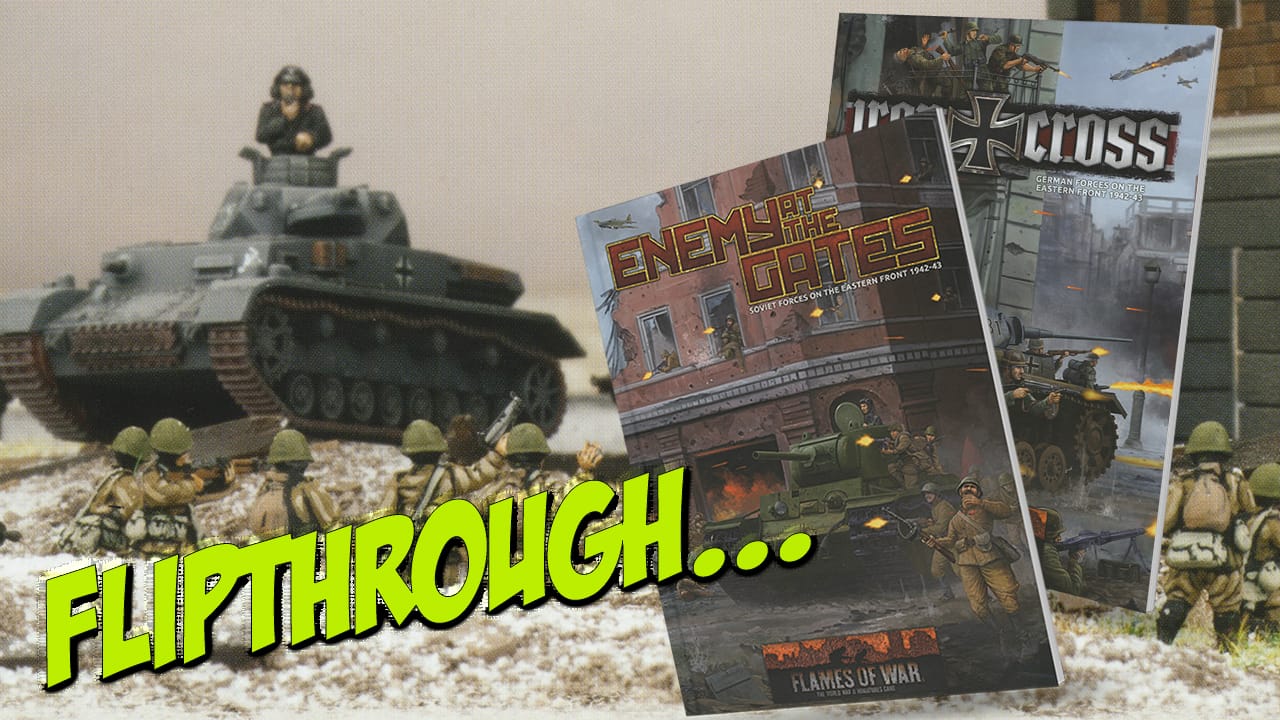 The popular Flames of War rules are in their 4th Version, with the first releases being books for the Desert War from 1942 to 1943. Sticking with the mid-war theme but on a very different front, the new Iron Cross and Enemy At The Gates supplements focus upon the Eastern Front and the battles between German and Soviet forces.

Both books are up to the usual Flames of War high standards, and begin with the relevant Special Rules for the forces. There are also potted histories of a number of battles fought on the front, each from a different perspective but including that classic, Stalingrad.

There’s a useful guide to each forces tanks in each book, and details of the different types of units available for each force in terms of the new version of the rules.

New rules regarding City Fighting are to be found in both supplements, which may be used in games set within Stalingrad or any other major city. These detail the different styles of possible combat, from the City Outskirts to the Inner City and within and between troops in buildings themselves. There are also special Urban Assault missions that can be added to those already available.

There are the usual painting and marking guides for the forces involved, as well as lists of the new figure sets available to get you started. As always, the painting and basing guides are excellent.

These supplements both do an excellent job of covering the whole of the Eastern Front campaigns during this crucial period but also go much further. There are a wealth of new rules which may be used in any games using the new, improved Flames of War rules, plus the all important army lists that can be used to add flavour to your armies or encourage the collection of varied types of troops from your chosen forces. As well as this, the book is a great resource for new and veteran gamers alike, providing a rapid but helpful reference point for those wishing to re-fight the relevant battles as manageable games. Overall, this is another great job by the Flames of War team, maintaining the same standard that we gamers associate with the hard working Battlefront company.