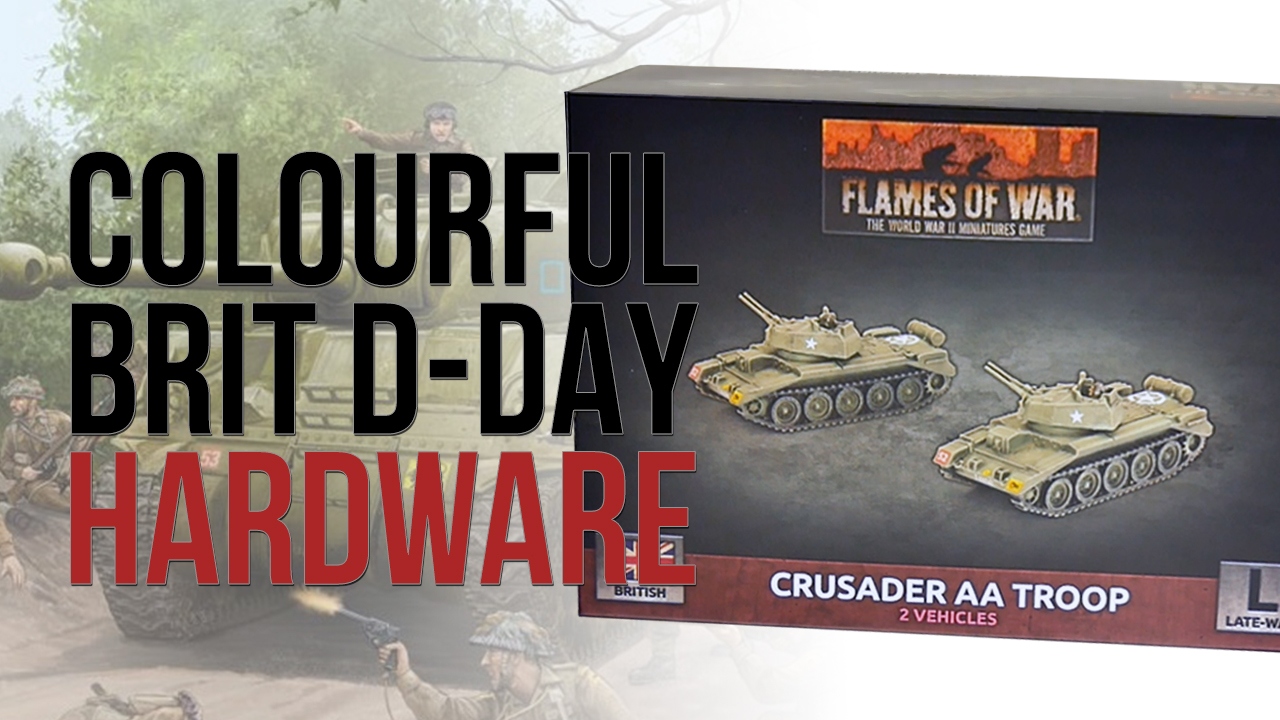 What do you do if you already make a 15mm Crusader tank frame, but also want to produce a Crusader self-propelled Anti-Aircraft Troop? Simples – you design and manufacture a new mini AA frame containing a turret and twin gun and pop it in a box with your existing (although now green!) Crusader Tank frame.

That’s what Battlefront have done in releasing this new two vehicle Crusader AA troop box set, in support of their recent D-Day British: Forces in Normandy, 1944 book for Flames of War. It makes perfect sense.

Although the Crusader AA saw very little action during the war, indeed it is not thought its guns were ever fired in anti-aircraft anger, and the squadrons were disbanded shortly after the Normandy landings, this matters not to us wargames as both the rules and figures make a nice addition to the Flames of War rules and figure arsenal – especially with Battlefront’s typically high quality plastic vehicle production.