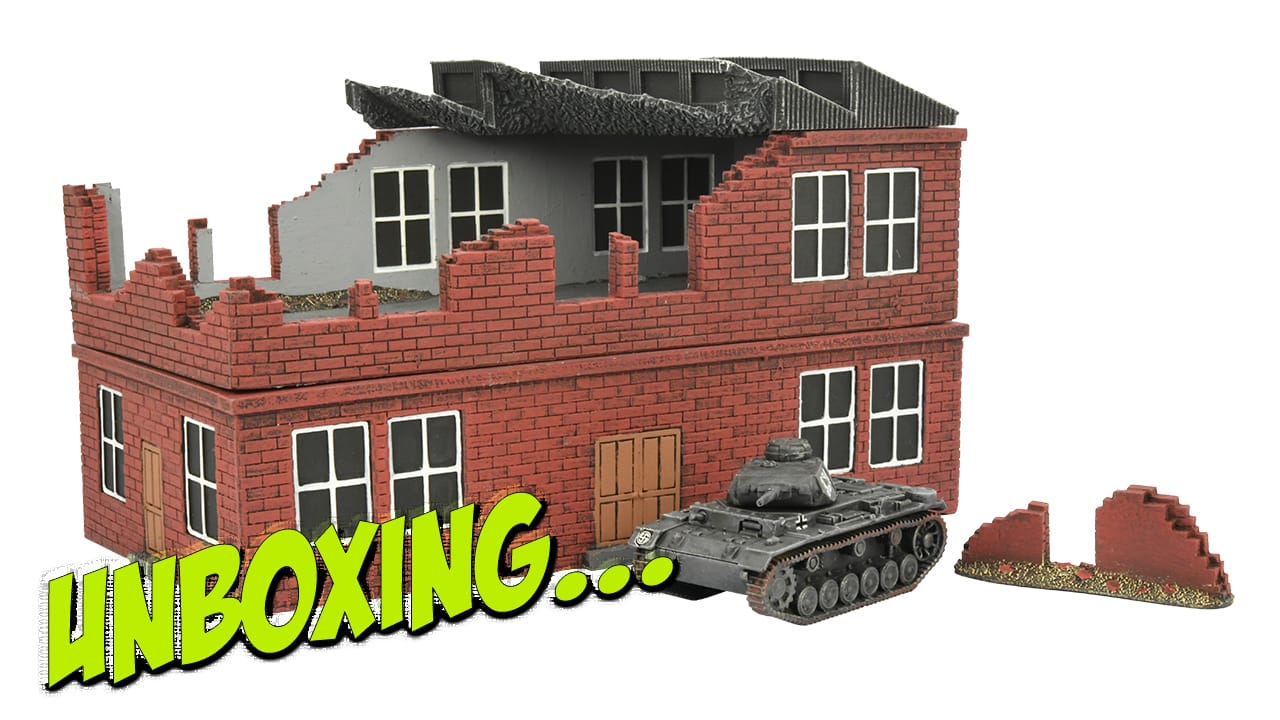 Battlefront has added more terrain to the Flames of War 15mm World War Two range with these three pre-painted resin pieces, which could be said to be able to show different stages of the same brick built factory.

The first box, entitled Brick Factory, contains three resin pieces, a Factory Ground Floor, Upper Floor and a Roof. This is a red brick building with a corrugated iron roof, typical of those found around the world from the 19th Century onwards. With blacked out windows and bricks painted in various shades, this is a factory building which has seen enough use to look stained. There is a main door and two sliding loading doors at the rear. The ground floor contains some painted details but the upper floor is painted black inside. There is plenty of space to place bases of miniatures within it.

The second box, entitled Destroyed Brick Factory, is the same as the first, except the upper floor and roof has been damaged by shellfire. The interior of the upper floor has been painted, complete with a nice touch, piles of rubble and debris that has accumulated. Again, the floors of the building are large enough to accommodate bases of infantry.

Finally, the last box is entitled Factory Chimneys. This contains four pre-painted chimneys, representing the typical factory chimney that could be used with the factories. The first is totally intact, the second is missing the top and the last is a collapsed chimney, again with a large pile of rubble and debris to show that most of the chimney stack has fallen to the ground.

These are great products with some deft touches. Usable straight out of the box, they could be used for any theatre from the late 19th Century onwards. For World War Two, these could be used on the Eastern or Western Fronts, representing smaller factory units or being used to create whole complexes. A great idea from a building range that continues to grow in size and quality.