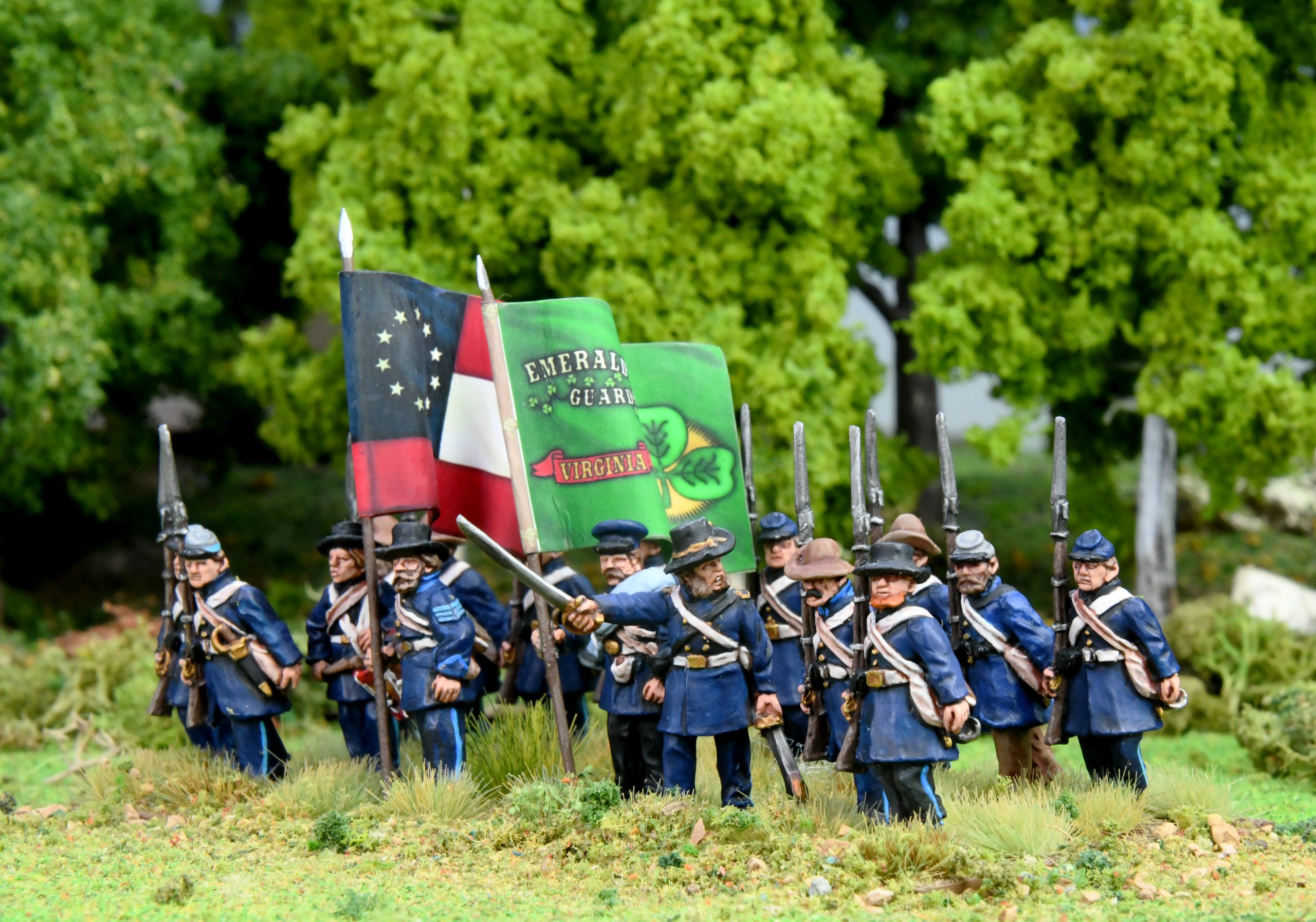 In the March 2021 issue of Wargames Illustrated magazine (Wi399) Nick Eyre of North Star Military Figures takes us on a tour of his 28mm American Civil War figure collection, based on the battle of First Bull Run – the opening encounter in the war.

One of the characteristics of the early militia units was that each company sourced their own uniforms. This is represented here in these Perry Miniatures ‘Iron Brigade’ figures, which were pressed into service as the 5th Virginia.

This unique regiment was originally a militia unit, they mustered for the Union and marched to First Bull Run. They fought on Henry Hill and suffered from mistaking the Confederate Star & Bars of an advancing enemy unit as the Stars & Stripes, until it was too late. Figures by Crusader Miniatures.

Don Troiani illustrates a 4th Virginian soldier from this period. He depicts him in a blue battle shirt, lined with dark blue. Figures by Perry Miniatures

The U.S. Marines fought their only major land action of the Civil War at First Bull Run. Because President Lincoln had an army of barely trained volunteers, he needed as many regular troops as he could find. Figures by Crusader Miniatures.

The 1st Minnesota were the first volunteers the Union recruited following the outbreak of war. They fought against the Virginians at Bull Run. Don Troiani painting shows a soldier in a red shirt and cap with Havelock. Figures by Crusader Miniatures.