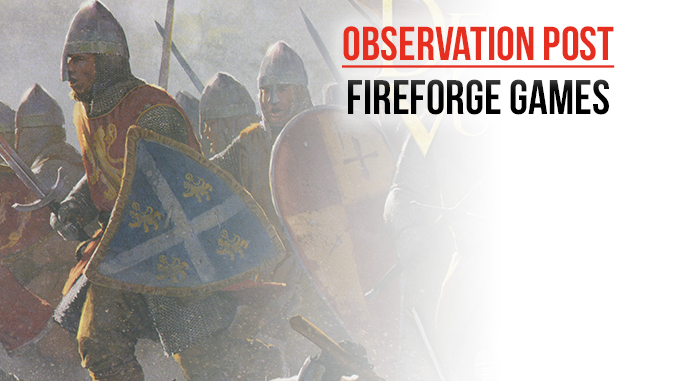 Viewed as ‘foot knights with double handed swords’ these figures work really well. The ten minis you get are great looking figures in nice poses. It’s when you begin to consider their billing as “Foot Knights XI-XIII c” that you begin to wonder a little.

Whilst the heads/helms are indeed correct for the period, the double handed swords are really only suitable for the later stages of the 13th century, leaving you wanting for shorter, earlier swords.

Whilst the (10) swords hamstring you to the later period the heads/helmets are really a timeline of those seen in the early XI to the late XIII centuries, so your figures will play out a bit like a visual display of the development of western helmets over a 300-year period.

It’s interesting to speculate why frames of the same size (the North Star Elf frame for example) can accommodate an additional five or six heads, which in this case would have given you the option to use, for example, all 11th Century heads.

The fact that the sprue is stamped with “Templar” is a giveaway that sections of this frame have been used previously – in the Fireforge ‘Templar Infantry’ box set. Although that means you are provided with crossbow bolt pouches for no practical reason, this does mean you could swap and change components between the two sets and from Fireforge’s point of view this makes good commercial sense.