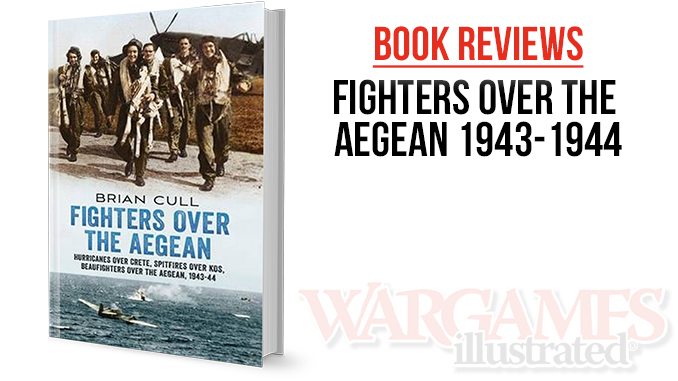 Fighters Over The Aegean 1943-1944 is a detailed account of the RAF’s attempts supporting some – for me – previously unknown operations in the eastern Mediterranean. Once again, the story is told with a strong emphasis on first-hand accounts of the fighting. A deeply flawed mission to strafe German positions on Crete (Operation Thesis) is described in detail, with ninety Hurricanes and eight Baltimores; 13 Hurricanes and five of the bombers were lost for very little return. The action continues with British attempts to retake the Greek islands of Kos and Leros supported by Beaufighters, Hurricanes and other aircraft; these were unsupported by the Americans, who were focused on driving north through Italy at this point. Athough limited in wargaming potential, the chapter on specially adapted Spitfires attempting to take on JU86R Luftwaffe reconnaissance planes at altitudes of more than 30,000 feet (with all the attendant loss of oxygen and mechanical failure) was particularly riveting. Both books have detailed lists of air crew and squadrons, and will undoubtedly be of interest with gamers who like to research the personalities involved in their air battles, or perhaps had an ancestor involved in the conflict.