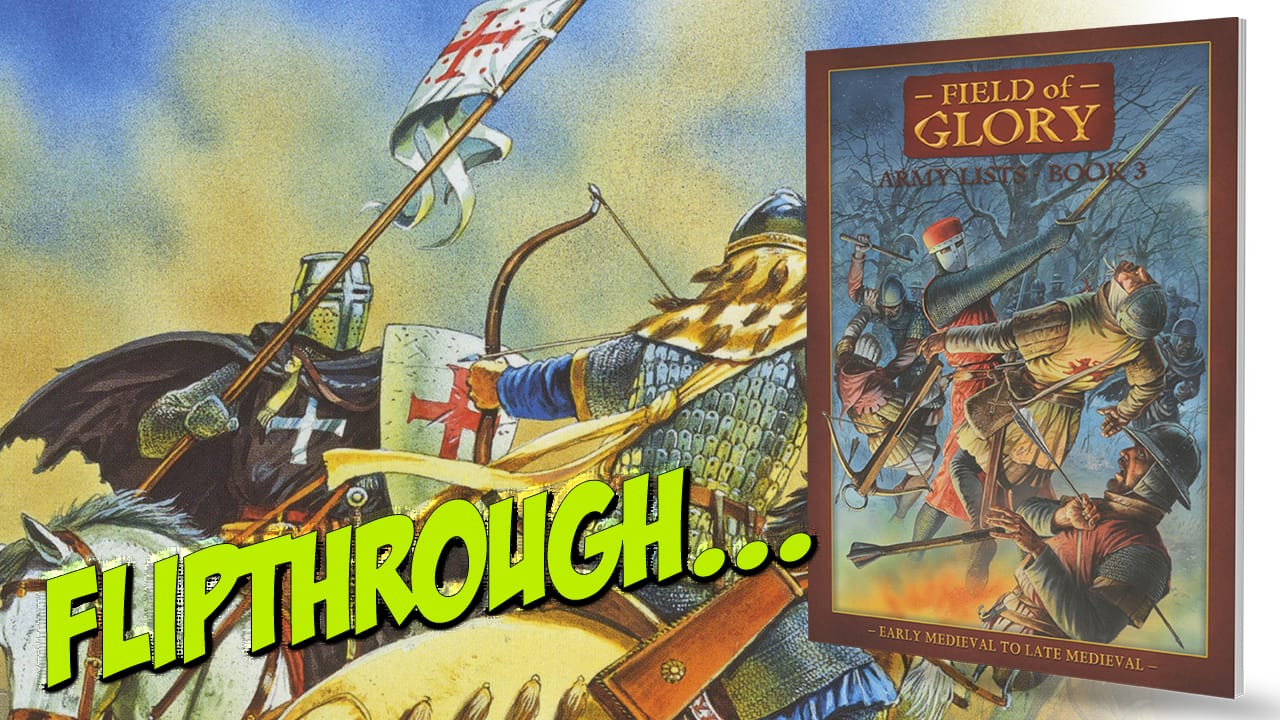 The Field of Glory Army Lists – Book 3 is the latest supplement for the Field of Glory 3rd Edition rulebook. This 152 page softback book covers the Early to the Late Medieval period, bringing updated army lists for the tabletop version of the game.

The contents page shows the 51 main army lists and 16 ally lists that are outlined in the book. The next few pages after that explain how to use the lists, and provide examples which enable players to understand their layout.

The army lists each provide an overview of the history and fighting styles of each army, before focusing upon the army lists themselves, organized in tight but easy to read columns. Some are more obvious lists than others, but the whole covers pretty much every conceivable force that a player could ever want to use with the rules.

After the full army lists come the Allied lists, with little explanation and a focus upon the options involved for those wanting to add something extra or different to their main force choice. Next comes a series of Appendices, the all important Errata that need clarifying in most rules systems. There are changes and clarifications for the Third Edition rulebook, plus the Book 1 and 2 Army Lists, all easy to reference with the books concerned.

This is exactly what Field of Glory 3rd Edition players could ask for, a well produced, attractive set of army lists that are laid out and explained as carefully as possible. Stretching to encompass a fairly diverse period of history on a global level, this will be of use for all those gamers looking to add additional armies and periods to their tabletop battles.

Death in the Dark Continent Lite